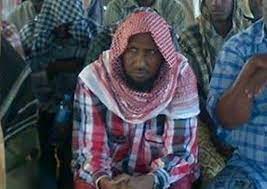 The leader of Al Shabab militants which is affiliated with Al-Qaeda has sent a warning discouraging Somalis not to take part in the forthcoming elections scheduled to be held in the Horn of Africa state.

” We discourage the public from participating the so called polls in Somalia to be held.” said Abu Obaida Ahmed Omar in an audio message.

He added that the group will engage a fight against any efforts aimed at holding free and fair elections in the war-torn country of Somalia.

The leader of Al Shabab while commenting on the agreement reached in the heavily fortified  Afisiyoni camp, said that this is an indication that the foreigners occupy the country and their orders are being heeded.”

” We warn the public to participate in the colony the country is in and  assist to legitimize the infidel’s agenda which is based on the premise of fight against Sharia Law.”

He commended achievements made in reconciling conflicting clans in South and Central Somalia.

The leader has not so far spoken of the clashes between Somalia’s army and Al shabab militants in Central Somalia.