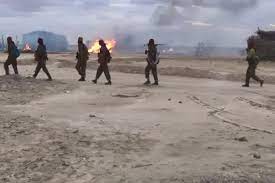 Al-Qaeda-aligned Somali militant group Al-Shabaab said on Friday it had killed 150 Ethiopian Liyu Police paramilitary forces in an attack on the town of Ato in south Somalia’s Bakol region.

Speaking to Radio Andalus hours after Ethiopia claimed that he was killed in an airstrike, Al-Shabaab’s military spokesman Abu Musab said Liyu Police forces left the bodies of 103 soldiers in Ato after insurgents overran their bases.

Ethiopian authorities claimed victory and that Al-Shabaab attack on the border town was repulsed on Friday. State-affiliated media reported that three senior Al-Shabaab figures including Abu Musab and Fuad Shangole were killed in the fighting.