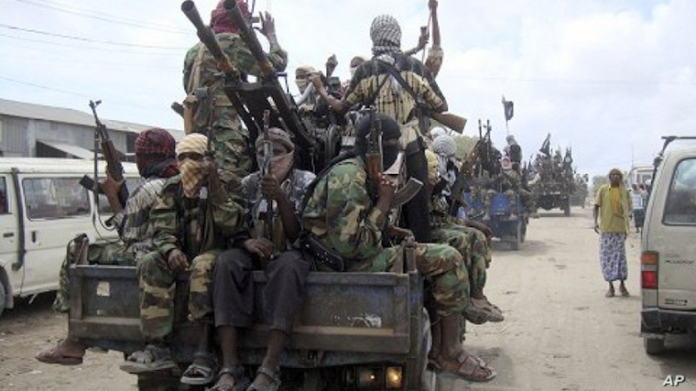 The al-Shabaab militant group launched a series of attacks since Saturday that led to the death of at least 17 people in Somalia.

Somali government forces with support from African Union forces, who are based outside the town, repelled the attack, according to officials.

Some of the residents in Qoryoley alleged that heavy weapons fired by AU troops caused some of the civilians casualties. The governor of the region Ibrahim Adan Najah told VOA Somali that they are investigating the allegations. AMISOM forces did not immediately respond to the allegations.

Also in Lower Shabelle region on Saturday, two civilians were killed after al-Shabaab militants fired mortars on the ancient port town of Marka during a visit by the Prime Minister of Somalia Hassan Ai Khaire.

Al-Shabaab claimed they were targeting the prime minister but governor Najah told VOA Somali that the incident took place outside the town. Residents and security sources said one of the mortars landed in a residential area killing two women. The prime minister was unharmed and has returned to Mogadishu safely.

Governor Najah himself was attacked on Sunday after his convoy was targeted with a remote-controlled explosion while travelling in an agricultural area near the town of Shalanbod, about 20 kilometers south of Qoryoley town. According to security sources, two bodyguards were killed and four others were injured including two junior regional officials.

In the neighboring Middle Shabelle region, al-Shabab carried out a roadside explosion that killed four regional officials and injured six others on Saturday. Among the dead was Abdullahi Shitawe, deputy governor for finances, Sabrie Osman a former regional deputy minister for business, and businessman Hassan Baldos. A fourth person said to be a bodyguard was also killed.

They were travelling on a road in the north of the agricultural town of Bal’ad, about 40 kilometers north of Mogadishu