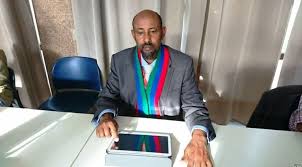 The organisation’s chairman, Abdirahman Mahdi Madey, confirmed the move on 20 August to the editor-in-chief of the monthly magazine Addis Standard, Tsedale Lemma, who is known to be close to Cagjar.

Madey acknowledged that he was in talks with the Somali Democratic Party (SDP) but without specifying whether he was envisaging a merger or an alliance for the general election of May 2020. These developments are the fruit of Cagjar’s lobbying of ONLF leaders, who are mainly from his own sub-clan. He has employed various means, including making use of funds diverted from development projects and exploiting Ogaden clan ties. He has also made much of Prime Minister Abiy Ahmed Ali’s wary attitude towards him to persuade the ONLF of his credentials. The ONLF seems to have calculated that backing him will give it more regional and national clout.