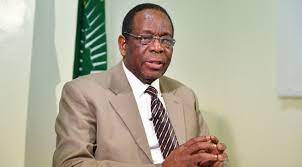 The African Union is expected to appoint a new envoy for Somalia after the expulsion of its previous representative Francisco Madeira by Somali Prime Minister Mohamed Hussein Roble, the East African reported on Saturday.

Somali Premier declared AU envoy Francisco Madeira persona non grata and ordered him to leave the country within 48 hours for “engaging in acts that are incompatible with his status”, drawing rebuke from the President who described the move as “illegitimate”.

An undated leaked video appeared to show Madeira – a Mozambican who was appointed to the office in 2015 -launch a blistering attack on Somali Prime Minister, two former presidents and some of the regional leaders against the incumbent President, in what local political stakeholders described as a violation of AU peacekeeping mission in the troubled nation.

Diplomatic sources were quoted by The East African newspaper as saying that it would be “unrealistic” for Madeira to return to Somalia after he was stripped of diplomatic privileges and was under mounting pressure to resign so that it doesn’t look like he had been sacked.

Last week, AU chair Moussa Faki Mahamat rejected of the expulsion of special envoy to Somalia over alleged interference in the Horn of Africa country’s internal political affairs and reaffirmed his “full trust and confidence” in the official.