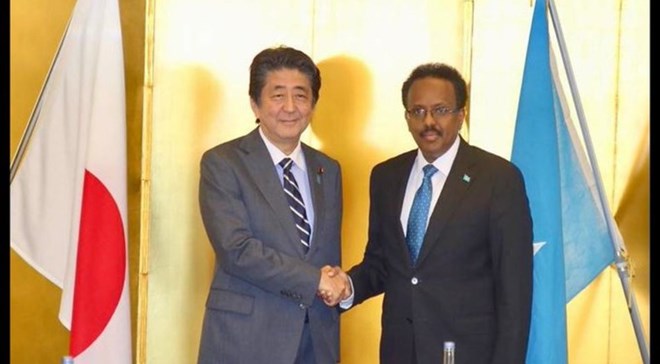 Japan’s Self-Defense Forces are currently on a counter-piracy mission off Somalia.

In his meeting with the Somali leader in the Japanese port city of Yokohama on Saturday, Abe praised Somalia’s effort toward regional peace and security, including its fight against terrorism and anti-piracy measures in the Gulf of Aden. He pledged Tokyo’s continued support for the effort.

He was in Japan for the Tokyo International Conference on African Development, or TICAD, that ended in Yokohama on Friday.