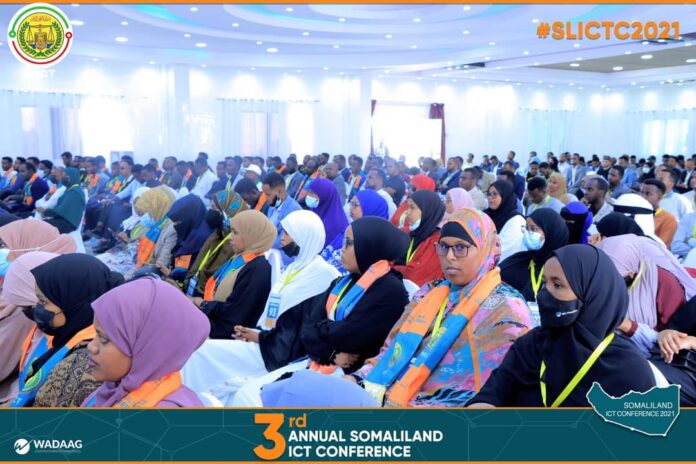 Minister of ICT Abduweli Soufi has closed the two-day Somaliland ICT conference. A number of participants engaged in panel discussions on various subjects, most importantly, the role of technology on disseminating fake news and misinformation.

In his closing remarks, the Minister of ICT said the two day conference was vital and ended with progress. He announced a number of communique points which came from the result of the two days of discussions and presentations where participants exchanged their ideas.

One of the outcomes of the conference is to expedite new regulations on Social media to prevent widely circulated misinformation to the public as soon as possible. The conference also recognized the need for the government to introduce new laws regarding the protection of personal data.

The mayor of Hargeisa, Abdikareem Ahmed Mogeh said that the conference was a step forward towards achieving sustainable development, and stated that Hargeisa Local Council is one of the big beneficiaries of the new emerging technology in the country. He asked Somaliland IT experts to develop new innovations so that the country can be part of the global ICT competition.

The government declared that the next year’s ICT conference will be held in Borama city and the number of participants will be extended.