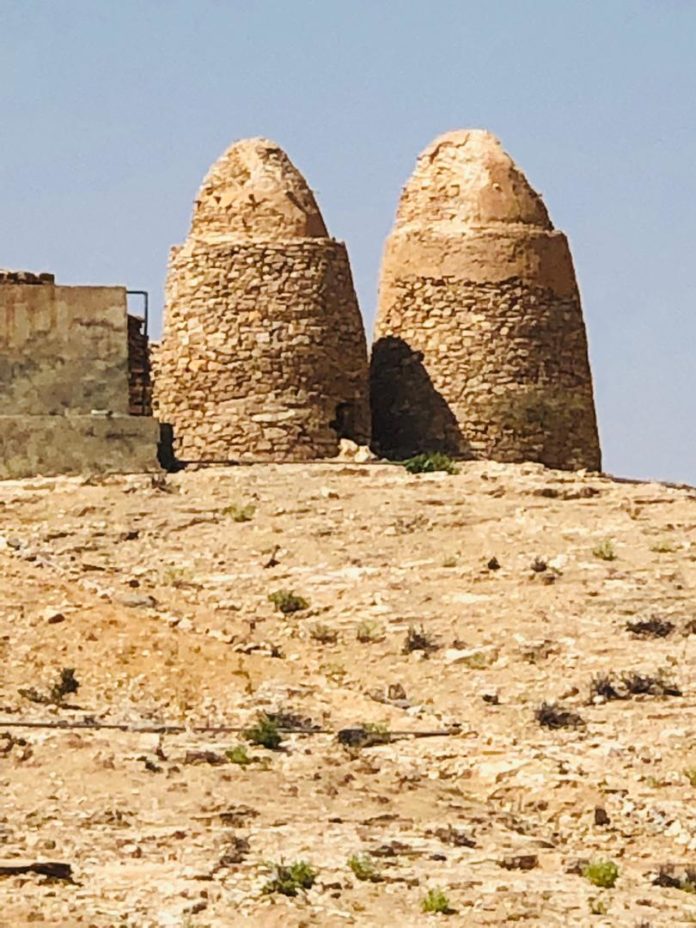 It was around 4:00 AM when Khaalid knocked at the door of my hotel room. He reminded me of our imminent departure to the ancient town of Eyl on the eastern coast of Somalia.  Eyl is a city founded by the poet, mystic and warrior leader of Dervish movement in the late 19th century, Sayyid Mohamed Abdullah Hassan.

It was good to get up early: along the road, we saw the beautiful lush green of Nugaal valley, with its fox, deer, and the occasional ostrich. We passed the villages of Barweyn, Budun-buuto, and Qarxis. We stopped at Qarxis to drink the organic Somali tea made of delicious, refreshing and thirst-quenching camel milk. We arrived at Eyl at around 12:30 PM. The city is surrounded by docile-looking hills and a long ridge that connects the two opposite hillsides.

The three different lifestyles of the Somalis (pastoralism, fishing and agriculture) are in harmony in Eyl. The waters near the city are rich with tuna, crustaceans, Spanish mackerel, sardines and shallow-water shrimp. There are streams of waters that flow from the rocks of the city – this has made it possible for the city to plant subsistence crops and the pastoral community around brings fresh milk. Everything seems available.

The city is divided into two parts: one close to the shoreline called Badey while Daawad is on the upper side of the hilly part of the city. In between the two sides of Eyl are adjacent hamlets and around 27km of paved road.

In the afternoon, we got together as a group to go to the beach. While hiking there we watched the waves and drew closer to the beach. I felt the sand squish slowly through my toes as I happily walked down along the shoreline. The serene beaches in Somalia are incredibly beautiful, so fresh and stimulating that they can take away all your worries and simultaneously leave you breathless.

As we came back from the hiking and the other activities, we sat, relaxed and had fun at the small tea houses near the beach. We had the chance to chat with the local people, who told us some details about the stories of the Dervish, like how they arrived and settled in Eyl. They also told us other stories that ranged from piracy to the hope they have that the Puntland administration will build a tarmac road that can link them to the main cities of Garowe and Bosaso.

Our plan was to stay in Eyl for one day. However, electricity was a challenge. It comes around 4:00 PM and goes off at 10:00 PM. Our tour guides, Habiib, and Khalid Aw Muse, booked us into the locally famous lodge (Mama Asha Hotel). It’s a sort of villa and there you share your room with two other people. The light-bulb in the rooms is of low voltage. A pale, sad light, they cannot afford high-voltage lamps for each of the five rooms. But by the standards of Eyl, it’s an enjoyable place.

In the evening, we collected firewood, set near the beach and lit a fire. The sparks of the flame cast a glow over us, and the laughter, and music. The dancing of the team was so amazing that we even forgot to get sleep early. This was as necessary since we were going hiking in the morning and travelling back to Garowe the same day.

The following morning, I met with Abdiqadir Salim Ahmed Salah Ba’jurayni. His rosy and cheerful character makes you smile as you enter his colourful shop situated at the side of Daawad. He told me that his father was with other men who sailed from Hadhramaut to Mombasa in around 1900s and had their boat stranded at the beach of Eyl. The Dervishes escorted them to Sayid Mohamed Abdulle Hassan who was at the time stationed in Eyl.

Ba’jurayni died in 1976. He left behind a Somali wife and children. Since then, they have been living in Somalia. However, according to Abdiqadir, his father helped the Sayid to build the Daawad building, a magnificent artefact in Eyl, and other castles including the ones in Sool and Sanaag regions. Some buildings are still intact while some are on the verge of collapse. Sadly, they are all likely to disappear if they are not refurbished soon.

The museum of Eyl is also in a dire situation. Somalia’s former President, Siyaad Barre, turned the museum into a prison. And since then, it has not been repaired by any authority.

The town is unique with its fascinating touristic nature and picturesque scenes, but Abdiqadir lamented about the small population in the town. He told me how the new villages established in the nearby areas of the city had effected the pastoralists who used to come in to shop in the town.

Eyl, with its layers of history, culture, colours and scents is a classic tourist destination. The artefacts, monuments and the historical footprint of the darawish is one of the many sites you can visit while you are here. Everything in Eyl tells a story. When you need to take a break from the city’s hustle and bustle, Eyl is the place to be.

In the evening of the same day, we travelled back to Garowe. After two days, we went on another exciting trip, this time to Taleex.

Taleex is a historical town situated in the eastern Sool region of Somalia.  It served as the base of Dervish forces during their armed struggle against the colonialists. It was bombarded by the British Royal Air force in February 1920. It’s widely believed that Talex is one of the first sites to be bombed from the air in Africa.

Currently, the city is an autonomous quasi-state in the middle of a country at war. Neither Puntland nor Somaliland administrations are in this town. There are no paved roads or advanced medical services, and it’s among the regions worst hit by last year’s drought. Talex is part of the regions UN and international community regard as ‘disputed zone’ this diverts humanitarian development interventions- which is badly needed in this part of the country.

But there is also the other side of Taleh, of nature, history and human stories.

As we were travelling, we saw camels grassing in the low grassland of the beautiful Nugal Valley. Being someone who hails from the Hawd, the camel has a special value for me, and I couldn’t capture the value of camel better than with these words of Sayid Mohamed Abdille Hassan:

He who has goats has a garment full of corn;

A milch cow is a temporary vanity;

A he-camel is the muscle that sustains life;

A she-camel – whoever may have her – is the mother of men.

As we toured the Silsilad castles, one of the artefacts in Taleex, I realized that visiting historical sites can not only enrich our understanding of a particular historical event, but it can also allow us to engage with history in a way that provides greater local understanding and a visceral connection to the people who lived through it.

As we stood gazing at the town from a hilltop to the north side, we could better visualize the Sayid’s vision of selecting this place for the base of his mission.  Recalling the information I have read from the books, such as the Oral poetry and Somali Nationalism on the case of Sayid Mahammad Abdille Hasan, written by Said Samatar. my friends and I discussed the history behind these ancient stones in Taleex. And how heritage and identity intertwine. But we never pondered the relationship between heritage and identity.

As such, it behoves us to remember the vital contributions that people of different regions in Somalia made all across this country. It leads one to a deeper engagement with historical events. It gave us an opportunity to develop a fuller appreciation for those who lived before us. If taken seriously, these experiences can be invaluable.

Taleex is a live testimony that helps us to understand the history that occurred before we were born and promotes respect for those who lived in one of the toughest times of Somali contemporary history.

Thus, the remaining castles and artefacts, which are all in the verge of collapsing, should be repaired and maintained because preservation of old monuments plays an important cultural role in cultivating pride of our heritage and past, making us proud to our culture and identity. Marcus Garvey, once said that a “people without the knowledge of their past history, origin and culture are like a tree without roots.”

Cairo is known for the pyramids, and Paris is renowned for the Eiffel tower, while London is famous for Big Ben. Taleex should be the unique historical site for all Somalis, a remainder of our struggle with the colonialists. Talex ‘s legacy, which comes with a sense of identity, should be maintained and bestowed for the benefit of future generations.

Good-bye Eyl and Talex, until next time!