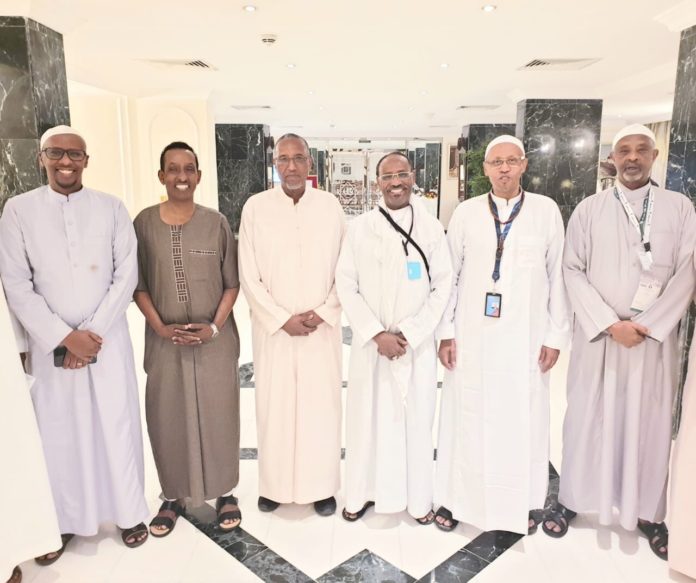 President Muse Behi Abdi and his delegation who are in Saud Arabia to perform the annual pilgrimage took a photo with ministers of the Federal Government of Somalia.

The photo shows smiling federal ministers with the delegation. A tweet by the Minister of Finance of Somalia, Abdirahman Beila, said: “The Somali people are yearning for lasting peace & reconciliation. This is the message from all Hajis at the Haram, without an exception. The time is right now. Let us all commit ourselves to a final push for true and meaningful reconciliation. This is the message from the Haram!”

The photo and the comment of the minister sparked a debate. President Behi uses strong rhetoric against the federal government and in many occasions accused his opposition Waddani party of siding with Somalia, mostly because of a similar picture.

Somaliland also suspended talks with the government of Somalia, which it accuses of undermining Somaliland and waging an economic war.

The government of Somaliland did not make clarifications. But the Minister of Foreign Affairs of Somalia, Awad Essa Awad, later said politics was not part of the meeting.