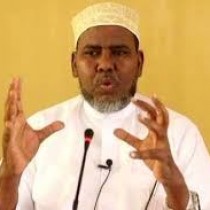 In a sermon he made during Eid Al Adha celebrations in Saturday, Sheikh Adan Siiro said the family of the president of Somaliland is evicting 300 families out of “their homes” after a court in Hargeisa has given a favourable judgement to the president’s brother.

He alleged that the family of the president is using power to grab land belonging to poor families. “Many businesses went into bankruptcy [since President Behi came in power], and the people are in a dire economic hardship,” he said.

The outspoken religious leader called on the government to open up the economy and assist the needy who are in “destitution”. The government has not yet made a response to the allegations.