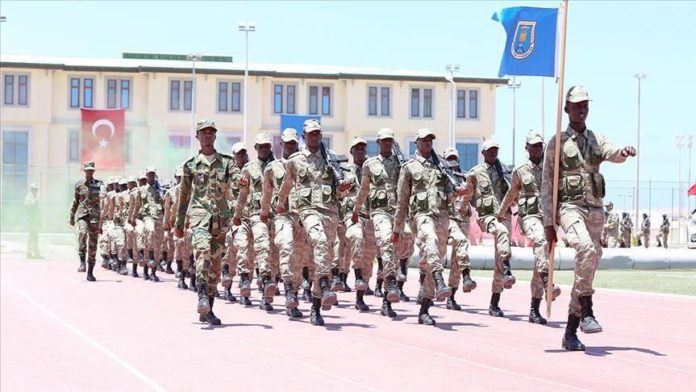 The graduates included 81 Somalian lieutenants and 71 sergeants, according to a statement by the ministry.

“I believe that the brotherly people of Somalia who are dealing with drought, hunger, civil war and terror will march to the future more confidently thanks to the qualified graduates of this campus, who will contribute to the security of their country,” said Hulusi Akar, Turkish defense minister, in his message to graduates, as quoted by the statement.

“Our brothers who have graduated today will take the deep historical bonds of brotherhood among us even further,” he added.

The facility is spread over 4 square kilometers (1.54 square miles) and has the capacity to train more than 1,500 troops at a time.