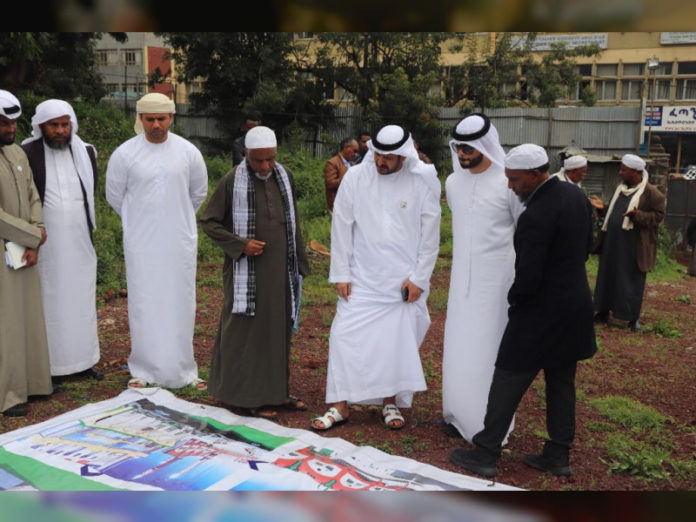 Bin Kardous discussed with members of the Supreme Islamic Council in Ethiopia, several Imams of mosques and the project’s consultant the need to establish a maintenance workshop to preserve the building and restore it to constitute a cultural beacon from the UAE and a model to receive people coming for prayers and hold charity and humanitarian activities.

The delegation also toured Al Salam mosque which was built by the foundation at a cost of $1 million, noting the mosque’s maintenance needs.

The Director-General of Zayed bin Sultan Al Nahyan Charitable and Humanitarian Foundation promised to draft plans to maintain both mosques along with the project’s consultant and executive authorities.

He pointed out that the foundation will continue performing its role in educational, health, charity and humanitarian projects in addition to its large projects such as building mosques, schools, hospitals, digging wells and relief areas in 177 countries around the world.

The Supreme Islamic Council in Ethiopia expressed its thanks and gratitude to the UAE leadership, government and the people for supporting the country in many areas including those of relief and development.