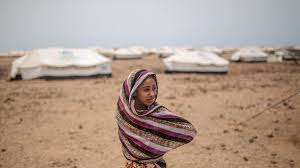 More than 1,500 Yemenis are languishing at a camp in the Horn of Africa country, where hunger and anguish is widespread. 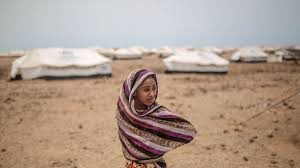 The voyage across the Bab al-Mandeb strait, a narrow stretch of water that separates Africa from the Arabian peninsula, is a journey mainly taken by African migrants seeking work in Saudi Arabia.

The kingdom, the world’s largest oil exporter, is a magnet for people from Ethiopia and other impoverished East African countries.

Last year, more than 111,500 refugees and migrants crossed into war-ravaged Yemen in the hope of using it as a transit point to enter Saudi Arabia.

But as fighting escalates in Yemen, scores of Yemenis have clambered aboard tiny fishing vessels taking a route in the opposition direction.

Several of the Yemenis who managed to make it to Djibouti have said they have found themselves hungry and lacking support.

“We don’t receive anything but enough to survive from the UN,” said Ahmed Ali, a resident at the camp.

“We don’t have the nutrition needed for our children, the elderly, even us.”