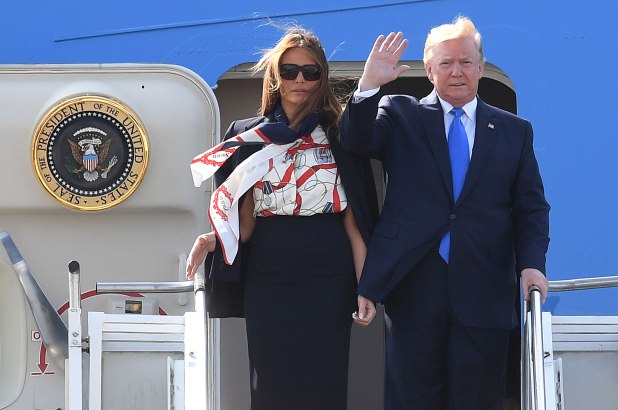 LONDON — President Donald Trump has arrived in the U.K. on the first leg of a trip that will include commemorating the 75th anniversary of D-Day during a ceremony at the Normandy American Cemetery in France.

The agenda for Trump’s weeklong journey is largely ceremonial: a state visit and an audience with Queen Elizabeth II in London, D-Day commemoration ceremonies on both sides of the English Channel and his first presidential visit to Ireland.

But Trump’s visit also comes at a fraught time in British politics, with Prime Minister Theresa May stepping down as leader of the Conservative Party on June 7 over the country’s Brexit turmoil. Lawmakers in Parliament have repeatedly rejected May’s Brexit divorce deal with the European Union.

Trump will meet with May, but Monday’s focus will be on elaborate ceremonies honoring the president. It begins with Queen Elizabeth II holding a grand welcoming ceremony at Buckingham Palace, moves on to a formal tea with Prince Charles and ends with a sumptuous state banquet Monday night.