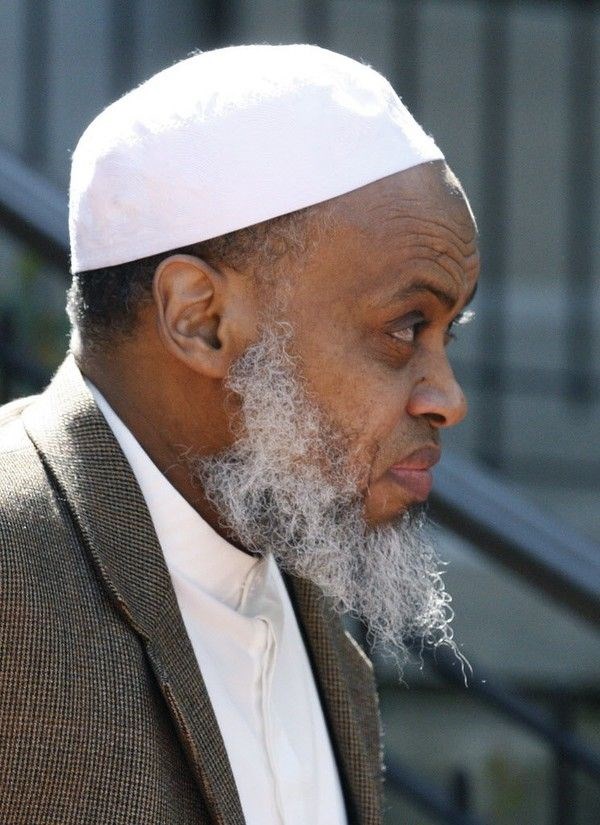 Mohamed Sheikh Abdirahman Kariye, the former imam of Portland’s largest mosque, arrived in Somaliland this weekend, and the United States has revoked his citizenship. The government had arranged for Kariye, who is on the government’s ‘no fly list,’’ to travel back to his homeland after reaching a settlement agreement with him in January.

The U.S. government has revoked the U.S. citizenship of the former imam of Portland’s largest mosque after he arrived in Somaliland last week.

Mohamed Sheikh Abdirahman Kariye is on the government’s no-fly list, but the government arranged for him to travel back to his homeland after reaching a settlement with Kariye in January.

Under the deal, Kariye agreed not to challenge an order revoking his citizenship and acknowledged having provided false information to immigration officials in July 1997 when he had applied for U.S. naturalization.

The settlement appeared to be briefly in jeopardy Monday morning, when Kariye’s lawyers asked to rescind it after learning that Kariye had been detained during a stopover at the Dubai airport.

Kariye, 57, boarded a flight last Wednesday from Seattle for a 14-hour flight to Dubai and a planned flight four days later to Somaliland.

He arrived in Dubai as scheduled, according to court records, but soon sent his Oregon-based lawyers a text from the airport that read, “some thing is wrong.’’

Kariye was detained and interrogated for seven hours in the Dubai airport by United Arab Emirates officials and questioned about the “Portland Seven,’’ the As-Saber Mosque in Southwest Portland and others who may have attended services there, according to his lawyers. He wasn’t allowed to contact his attorneys during the questioning and all his personal belongings were seized, according to his lawyers, Philip Smith and Nicole Nelson.

In October, federal government lawyers told a federal appeals court that Kariye was placed on the no-fly list based on his history as a “mujahedeen fighter in Afghanistan against the Russians,” as well as his expressed support for “violent jihad” in conversations recorded between a cooperating informant and two members of the Portland Seven. They were a group of American Muslims from the Portland area who were prosecuted and convicted of trying to join al-Qaida forces in their fight against the United States military and coalition forces in Afghanistan.

The U.S. sought to strip Kariye of his U.S. citizenship because he “provided false information and both willfully misrepresented and concealed material facts’’ when applying for naturalization to the United States.

“The parties agreed denaturalization was appropriate, following which Kariye agreed to depart the United States,” said Kevin Sonoff, a spokesman for the U.S. Attorney’s Office and the U.S. Department of Justice.

Kariye ultimately was able to fly to Hargeisa, Somaliland. He arrived last Friday.

His lawyers alleged the questioning in Dubai amounted to a “breach’’ by the government.

“It is inconceivable that UAE officials would have interrogated Defendant about the Portland Seven and activities at the As-Saber Mosque in Portland without having received information directly from” the government, Smith wrote to the court.

Kariye’s lawyers urged the court either to compel the government to explain why Kariye was detained Dubai or allow him to renounce his U.S. citizenship, instead of having it revoked, and withdraw his admission that he had lied previously to U.S. immigration officials when he obtained his naturalization certificate.

In a brief hearing before U.S. District Judge Robert E. Jones, attorney Christopher W. Hollis of the U.S. Department of Justice said by phone that he had no communication with the United Arab Emirates about Kariye.

Kariye’s lawyer said Hollis could have been kept in the dark, but the U.S. government still could have communicated with the United Arab Emirates about their client. Smith noted that the government had three months of advance notice of Kariye’s scheduled flight and itinerary.

“Plaintiff had a responsibility to not simply be silent but to inform the UAE that he is coming through and it is OK for him to fly,” Smith argued.

The judge said it was “unfortunate” that Kariye was interrogated in Dubai, but that didn’t negate the settlement agreement. Jones said it appeared that the United Arab Emirates’ interrogation of Kariye was “done unilaterally” and that the “U.S. government played no role.”

When Kariye had first sought citizenship, he had lied on his application to federal immigration officials about not being arrested in the past, failing to acknowledge a 1993 arrest in Pakistan, according to court documents.

Under the settlement, Kariye is forever prevented from claiming any rights or benefits under any document that shows he had obtained U.S. citizenship on Aug. 14, 1998.

He’s also been ordered to complete a form abandoning any lawful resident status in the United States and must send his U.S. passport by DHL Express to the government lawyer, no later than five days after his arrival in Somaliland.

The revocation of Kariye’s U.S. citizenship falls at the start of the Muslim holy month of Ramadan. Calls to the Islamic Center of Portland were not returned on Monday.