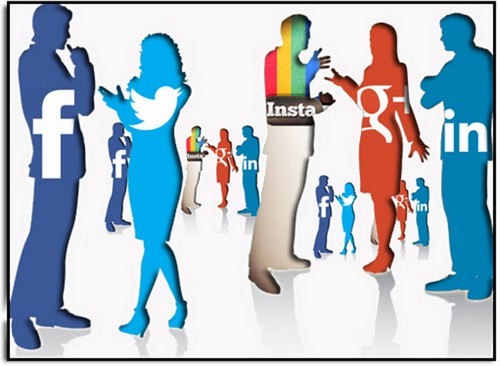 Somaliland has achieved extraordinary things during the last 30 years. We have achieved a level of peace, stability, democratisation and economic development in a way that the rest of Somalia can only dream of…But despite all of this, the outside world knows very little about our achievements.

The time has come for all of us to publicly discuss one of the greatest failures that is now threatening the very stability and future of Somaliland. Somaliland is being undermined and is being slowly destroyed by Farmajo and Puntland.  But they are not doing this with their army and weapons. Somaliland’s security forces and intelligence services are far more powerful than anything they have.  No, Farmajo and Puntland are defeating us and undermining us, not through weapons and soldiers- but through information and propaganda. We are losing the global information war – and this is doing us far, far more damage than any other type of warfare.

Somaliland has achieved extraordinary things during the last 30 years.  We have achieved a level of peace, stability, democratisation and economic development in a way that the rest of Somalia can only dream of.

This year alone there have been at least 47 major bombings and assassinations in Somalia.  We, thanks be to Allah, have only witnessed 1 in the last 27 years.  President Farmajo and his whole government are alive and breathing because they owe their lives to foreign soldiers protecting them. Even during the last administration of President Silanyo, senior ministers of the government of President Sheikh Sharif admitted to Somaliland ministers during talks in Turkey, that they felt like they were a colonised people who were ruled by outside powers.

But despite all of this, the outside world knows very little about our achievements. In fact things are worse than that. Even educated people in the international community who have traveled around the world think that Somaliland is the same as Somalia – and that we have the same problems of piracy, violence and terrorism.

The ugly truth is that despite all its incredible achievements – Somaliland is being defeated by an enemy that has almost no achievements after thirty years but which has invested very heavily and very intelligently in a media and public relations campaign that has convinced the rest of the world that Somaliland is just a little breakaway province of Somalia that has nothing to offer the outside world.

It is a disgrace that after everything we as a nation have been through after the last 30 years, we have squandered all our advantage and our opportunities to present ourselves to the rest of the world as the greatest hope and success in the region compared to Somalia which is a completely failed state and where the government has to be protected and maintained by thousands of foreign troops.

How has this happened?  In truth it is a collective failure. Every one in Somaliland society has contributed to this, politicians, civil servants,business leaders and social activists and journalists.  Firstly, we led ourselves to believe that because our achievements were so remarkable and were achieved with no outside help – that surely the outside world would see this and somehow “reward” Somaliland with recognition and investments. Secondly, we as a people simply talked about our achievements amongst ourselves – we had this conversation just with ourselves – we never worked together to deliver this message in a strong and consistent way to our neighbours and the rest of the world.  Thirdly, successive government in Somaliland failed terribly to have a clear and strong media and public relations strategy whatsoever.  Millions of dollars were spent on western public relations agencies to sell our message.  But none of them ever had a team and an office in Hargeisa working alongside the Presidency.  One agency in the UK during the Silanyo government was paid $32,000 every month – they have gave the responsibility of promoting the Somaliland government in international media to a 28 year old young British woman who never even visited Somaliland in 2 years. Up to this day, there is no specialised media team inside the Presidency who can carry our government’s message every day in local and regional media and especially on social media.  The Farmajo government has seen how desperately weak and empty our media strategy is – so this is where they have invested heavily.  Even though Somalia is in chaos, with bombings and killings every day, with the President,Prime Minister and Parliament fighting each other – Villa Somalia spends millions every year and convinces the world that it is moving forward, and that Somaliland is working with Al Shabaab to destabilise Puntland. This has to change.  Even our closest supporters and allies are getting frustrated. The Ethiopian government that works so hard behind the scenes to protect Somaliland’s interest against Mogadishu is beginning to wonder when the new Somaliland government is going to start an effective international media campaign. Even people in Ethiopia know very little about Somaliland which is something that is hard to believe.

President Musa Behi Abdi fought and risked his life to liberate Somaliland. But as an ex-soldier he has to realise that in the modern world, no weapons or military experience can defend Somaliland against a media and public relations war aimed at de-stabilising our country.  In this new war, our weapons has to be a well funded, organised and systematic media and PR strategy – and it has to be organised and run from within Somaliland. It can hire foreigners but only as experts. The strategy cannot be dictated by outsiders. Just like our war of liberation, it is a war we will wineasily and convincingly. These are the reasons why.

First of all, our country’s story is a story of brilliant success that is easy to tell. We have the confidence of our neighbours, Ethiopia and Djibouti who are building stronger links with us.  Secondly, all of the most famous, Somalis who are admired around the world and who have achieved great things on the international stage are from Somaliland; world famous media figure Rageh Omaar,Olympic and world champion Sir Mo Farah, CEO of Dahabshiil Abdirashid Duale and founder and CEO of World Remit Ismail Ahmed, Health pioneer Edna Aden and many more.  Our government also has the resources to be able to do this. People have advised President Behi’s government to take this initiative. Sadly however, divisions and competition between different officials in the government and presidency – based on jealousy and trying to prevent other people from being successful has stopped and frustrated this process. We urge President Musa Behi to take bold action and to put these kinds of people aside and to direct competent and professional people to deliver a media strategy that can put our country at the top