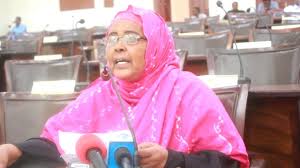 Eighteen years ago, the people of Somaliland on overwhelming majority approved a progressive constitution emphasizing equality and prohibiting all forms of discrimination. As the first public voting since 1969, the referendum opened a new and promising era for the Somalilanders. It officialized the ending of the dictatorship that had a tight grip on power for over twenty years.

The military of the Somali Republic has taken over power in a coup d’etat in 1969, ousting a democratically elected government and ending nine years of civilian rule (1960 to 1969). After a bloody civil war, the central government led by Dictator Mohamed Siad Barre collapsed in 1991. Somaliland declared restoration of independence in 18th May 1991. However, it is not recognized as a sovereign state.

The Constitution of Somaliland created a presidential system of a government comprising of three branches, namely executive, judiciary and legislature. The executive is headed by a president elected by the public every five years along with his/her vice-president. A bicameral legislature consisting of the House of Representatives and the Guurti make up the legislative branch.

This paper aims to scrutinize how patriarchy influences and shapes Somaliland governance and marginalizes women, creating a democracy that benefits only men. The Constitution and electoral laws provide universal franchise, allowing women to vote. Furthermore, laws permit women to run for offices. The labour laws prohibit all forms of discrimination. Women are big voters in all elections. However, they are not represented in decision making tables and are a minority in government jobs as well as private sector workforces.

Women Representation in the Executive Branch
The incumbent president, Muse Behi Abdi, was inaugurated on 14th December 2017. He appointed a cabinet of 32 ministers and deputy ministers. Women got two ministers and one deputy minister. The director generals of the ministries (an equivalent of permanent secretaries in some jurisdictions) are all men, except one . All of the heads of all government agencies are men.

Presidential Decrees between December 2017 to April 2019

Since 14th December 2017 up to April 2019, President Muse Behi Abdi, issued more than 173 presidential nominations including the cabinet ministers, the independent commissions etc. (both national army and judiciary nominations are not included).
The President of Somaliland H.E Muse Bihi Abdi appointed only 12 Women out of 173 nominations he made during the last 16 months, while the remaining 161 are Men.

According to the Civil Service Commission, women are 25% in the civil servants. Majority of them work in lower ranking offices. There is no available record of the number of women and men in the military, police, custodial guards, immigration, intelligence agency and coastal guards.

In the last local government councillors’ election held in 2012, 2088 candidates competed for 305 seats. Women candidates were 135 whereas and the remaining 1945 were men. only 9 women candidates were elected. . All the mayors of the 23 districts of the country are men. All of the governors of the thirteen regions and their deputies are men.

The Department Directors of the Government

Somaliland has more than 57 institutions in their national budget, including Ministries, Independent Commissions, the national army, security forces, etc. women leads only 3 institutions including to ministries and the National Health Professions Commission.
We collected the data of 39 government institutions which has 263 departments. Mostly the Ministries and other chairpersons of Independent commissions have the authority to nominate the department directors. Only 47 of the 263 department directors are Female, while the rest 216 are Male.

The bicameral parliament of Somaliland has two chambers according to article 38 of the Constitution. The lower house with most of the legislative powers is called the House of Representatives. The members of the house are 82. The first, and so far, the last direct election was conducted in 2005. Two women were elected: Ikraan Haji Daud from Awdal region and Baar Saed from Sanaag region. Ikraan resigned from the House. Therefore, Baar is the only women in the House.