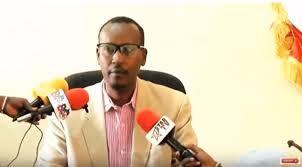 The private car of Todger regional governor on Saturday has been attacked, local media reports. The assault targeting on the convoy of the governor is reportedly took place in Ali Sahid settlement where he was on fact finding mission. Reports coming from there indicate the governor’s vehicle got sprayed with bullets by unknown assailants. The regional governor, Mr. Hamse Mohamed Abdi has escaped unhurt of the raid. The government of Somaliland has not so far issued a statement on the attack against the convoy carrying the delegation headed by the regional governor. The assault on the governor’s car still remains mystery as far as the attack is concerned. The police have not so far spoken of the incident or whether they have launched a probe or if they have apprehended the perpetrators of this heinous attack that was carried out on broad daylight.