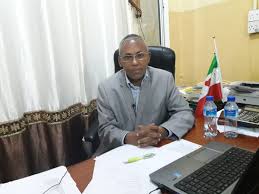 Somaliland Minister of Finance Sa’ad Ali Shire, said that in the first six months of this year, Somaliland bought 19 million kilograms of khat worth $ 190 million. Minister Sa’ad speaking at the closing ceremony of university students discussing economic challenges in the country, also spoke of other barriers to industry in the country, which would create jobs. “We have already increased taxes, except that, the only other option is to ban it, and I believe in that, but at this point it’s up for National discussion, what to do about it, the fact is that about ten thousand people earn a living on it then we have to provide other resources for those people. ” said the minister.

The minister also acknowledged the human cost of the drug, which is much more damaging to the society. It’s not known why the Somaliland governments remained silent over this issue to the detriment of it’s nation building efforts. Somaliland currently operates in an imaginable trade deficit with Ethiopia.

In addition to the trade deficit, Ethiopia relies on Somaliland for security and for use of Berbera port. Which puts Somaliland in an upper hand for renegotiation of their political and financial relationship.