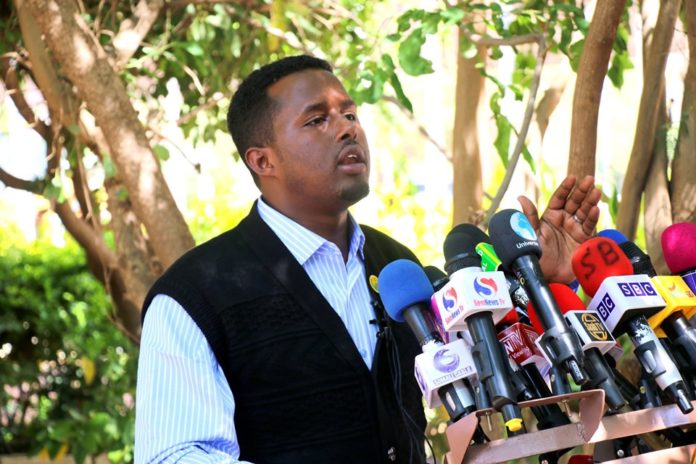 Mr. Mohamud Warsame Jama held a press conference at the presidency by dismissing the critics from Irro-Wadani party leader.
He said that the allegations pertaining to the selection criteria of the upcoming national electoral commission made by Irro are baseless.
He has stated that the critics from Wadani party leader are intended to derail and disrupt the preparations ahead of the parliament and local council polls.
The spokesman went to say that the president and the gov’t are preoccupied the smooth preparations of the elections.
He accused Irro of ignoring the laws concerning the choosing of Electoral Commission Members.
He told that Wadani party wants to use the accusations as scapegoat intended to undermine the upcoming polls to transpire.
The presidential palace spokesman said that the gist of Irro’s allegations was all about law No 20/2001 which he is quite familiar with it but he is turning a blind eye on it.
He has set the record straight by saying that the president and the government are ready to hold the upcoming polls on the agreed time without postponement.
He added that the public is prepared to cast their votes during the upcoming polls.