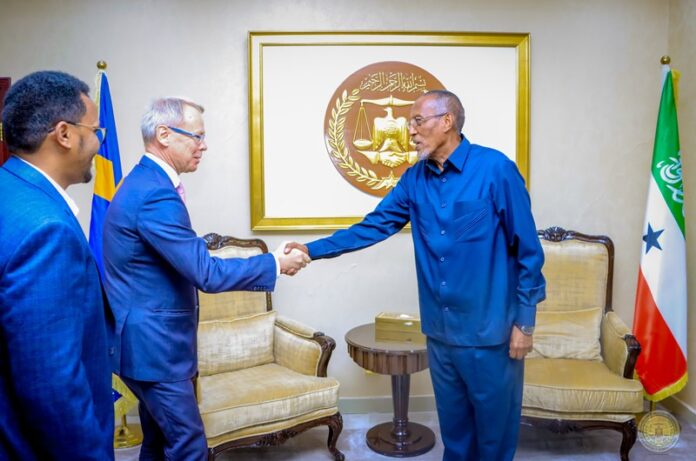 Swedish ambassador to Somalia Per Lindgärde met with Somaliland President Muse Bihi Abdi and showed solidarity with Somaliland people over a massive fire that had devastated the largest market in Hargeisa last week, Somaliland state TV reported on Tuesday.

The Swedish delegation informed Bihi that their government would contribute to emergency response aimed at mitigating the impact of the massive fire and would help authorities reconstruct the market.

Somaliland President thanked to Sweden for its solidarity with his government after the region had been struck by what some of local officials described as the worst calamity in recent history. Authorities earlier estimated losses in the inferno at up to $2 billion.

Per Lindgärde also held talks with members of the Somaliland electoral commission on presidential elections slated for November.