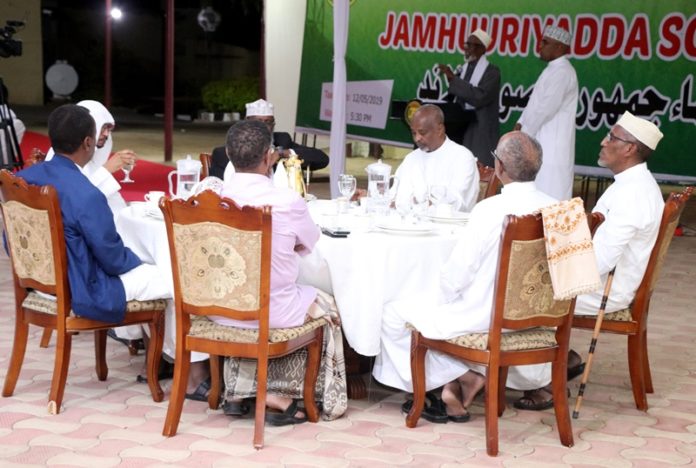 Hargeisa–On May 12, President Bihi hosted Iftar for the most influential religious leaders across the country last night. The highly organized event held at the presidential complex saw the attendance of parliament speakers, the Justice and Welfare party-Ucid chairman, Faisal Ali Warabe, Kulmiye officials and members of Somailand cabinet. During the function, they exchanged views on the best way the government and religious leaders can work towards leading the nation. The religious affairs minister, Mr. Khalil Ahmed and other Imams who spoke at the function have reiterated that the close working relation between the religious Imams and the current government. They also stressed that such meetings would enforce the cohesiveness and cooperation between the two sides. Shiekh Abdilahi Ali Jawhar emphasized that the parties contest elections would jeopardize the national security. He said that people can express views but should not a vehicle for the destruction of the government. He urged that all should observe peace and stability. Justice and Welfare party chairman, Faisal called on Imams to work with the gov’t on the awareness raising programs aimed at informing the public on what is in their interest. The current religious affairs minister, Khalil also urged the religious community to inform the public on the good morals in accordance with Islamic tenets. Finally, the president appealed the religious community to work with him on the boosting security, prevention of the instigation of unrest. 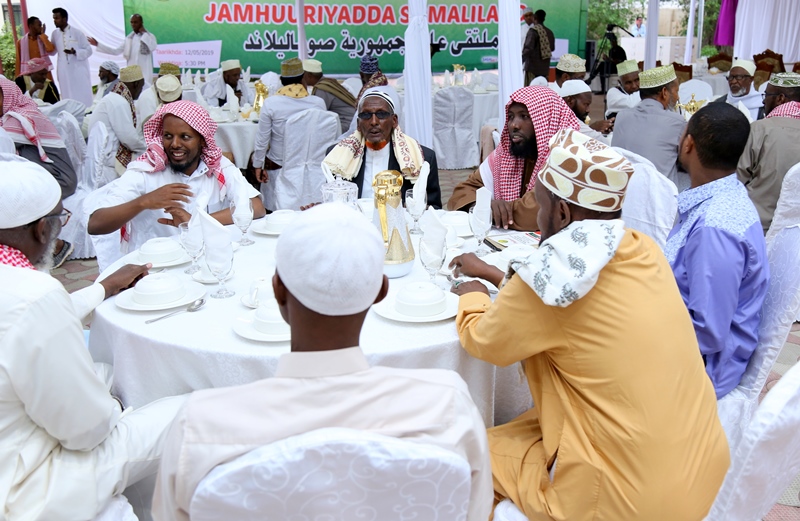 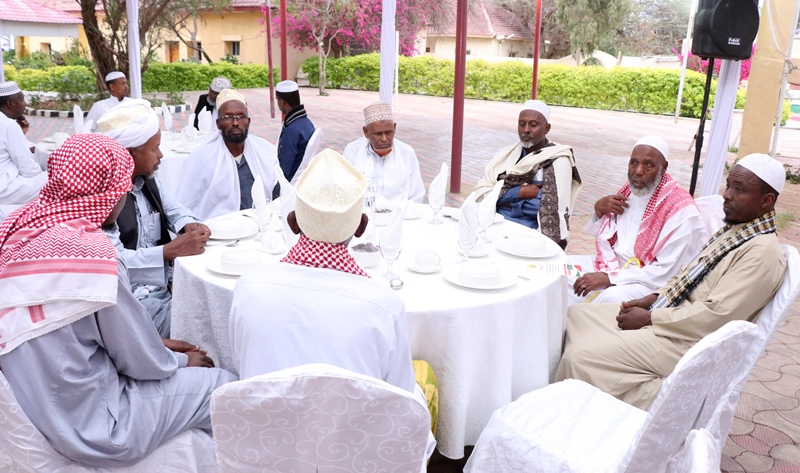