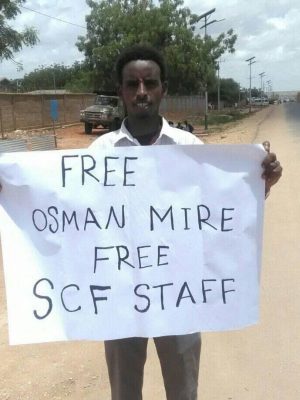 The brewing tension between an increasingly assertive Somali region and their notorious Afar neighbor is escalating into a dangerous confrontation –at a time when Ethiopia is going through a painful reform with a contagious and growing inter-ethnic violence.

In recent weeks, Afar militias,with tacit support from their state, carried out gruesome murders of innocent Somalis living along the Afar-Somali border.

Such unprovoked attack annoyed and shocked, in equal measures, the Somali regional leadership and the public.

Clashes in and around hotspot areas, villages and districts claimed by both regions are not something new.

However, the senseless killings by Afar militias and the expansionist behavior of Afar region has prompted a stern response from Somali region’s president and his cabinet to neutralize the growing threat from reckless Afar leadership.

It’s to be recalled prior to the massacre, Afar region abducted Somali humanitarian workers providing critical health and nutrition services to desperate population along the Afar border.

All efforts to release them have been in vain; their where about remains unknown. These humanitarian workers are held hostage in terrible conditions and denied the right to access lawyers.

So far, Afar region has failed to present any evidence to charge them with any crime. The abductors keep changing their story lines and fabricate new lies as days pass.

One thing is clear though, both Afars and Somalis are fierce nomadic fighters, but inter marriage and migrating into each other’s territory in search of pasture, water and trade always prevailed over periodic and seasonal fights over dwindling resources.

Furthermore, the weak governance systems , the inability of both regions to deliver basic public services and lack of community dialogue and conflict resolution at grassroots level exacerbate the cycle of violence.

Any conflict with Afar region will severely hit Siti zone’ s livelihood and their source of income: selling livestock and farm products in Afar markets.

People in Siti in particular and the Afar communities share a long history of inter-marriage and other important cultural heritage.

Though Afar Militias have planned and orchestrated the mass killing, it appears external forces are instigating and exporting a new wave of violence to Somali-Afar regions to score cheap political points.

A proxy war is being waged through Afar region and Somali region must avoid being dragged into a senseless fight with Afar neighbors.

No one will win. Afars and Somalis are intricately linked together by history , culture and destiny.

Dialogue, mutual respect and trading with each other will improve the living conditions of the two poorest regions in Ethiopia.

The current tension is likely to escalate as a result of Somali region’s parliament revoking the transfer of three hotly contested villages to Afar region by the former president of Somali region, Abdi ileey.

Afar region received the news cancelling the transfer with shock. Symbolically, it’s a huge victory for President Mustafa’s popularity and a crashing blow to Afar leadership’s image and ego.

After All, the three villages were illegally transferred to Afar region when TPLF , for their own selfish political gains, twisted Abdiileey’s arm forcing him to sign the handover.

Nevertheless, it remains to be seen whether Afar region will peacefully give up three village handed over to them officially by the previous despot and TPLF stooge, Abdi ileey.

Whatever happens somalis and Afars have to jointly find a winning formula to live in peace.The age-old conflict between Isa clan of Somali region and Afars transcends the Ethiopian border all the way to Djibouti.

A lasting solution for co-existence may as well extend to across the border into Djibouti. How President Ismael Omar Gelle treats the Afars in Djibouti has ramifications in Afar-Somali relationship in Ethiopia.

A comprehensive peace plan to resolve border conflict and maximize trade and investment opportunities will yield better fruits for both Somalis and their Afar brothers than investing in violence.

Unfortunately, Siti zone has a unique problem compared to other zones of Somali region: the educated, the diaspora and business community from Siti zone prefer to invest in Diredawa and Djibouti rather than in their own Siti zone.

This lack of investment and ownership by Siti zone’s elites and diaspora has deprived the zone the necessary infrastructure and development.

Siti zone politicians and bureau heads representing Siti zone invest all the money they steal from Somali region either in Diredawa or in Djibouti. This is unfortunate and the reason why Siti zone is not growing as it deserves.

It’s a shame Siti zone is abandoned by some of its own people. This abandoned land tantalizes and tempts the neighbors to come and take it.

Finally, let TPLF look for another dirty client. Somali region has embarked on a new journey to build a better future , and will never look back.