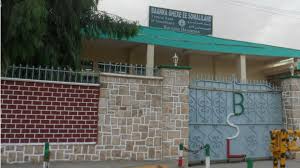 President of Somaliland Musa Bihi Abdi has nominated a board for the Central Bank which are tasked to oversee the daily day operations and prevent from corruption practices.

The appointment is a move which is intended to combat corruption which is widespread in Somaliland government institutions.

The presidency has not so far issued an official statement confirming the decree of nomination of the board but reliable sources have confirmed for Geeska Afrika, a local newspaper in Hargeisa that the President has made the nomination in compliance with bank regulations that the 8 members of the board will assume the job with immediate effect.

The high ranking officials of the central bank including the governor and the deputy as well as the Director General have been inducted into the board of directors.

All those in the council are based in overseas and is meant to send a clear message that the current administration has a zero tolerance policy towards corruption.