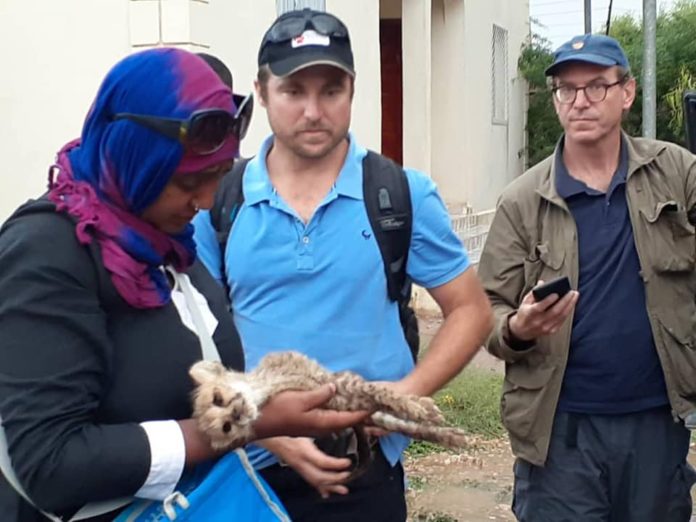 Lions and other big cats are coming under increasing threat from an insatiable appetite for luxury products and trophies sold on the black market, conservationists warn.

The growing threat could wreak similar devastation on lion populations as seen recently in wild tigers.

Scientists said 35 per cent of lions killed by man were done so for their body parts between 20011 and 2018, with teeth and claws the most frequently harvested remains.

“Our study demonstrates that lions are increasingly confronting a new and nefarious threat: the poaching for body parts, often under the guise of human-lion conflict,” said Dr Kris Everatt, Panthera’s bushmeat program manager, who published data in the October edition of Biodiversity and Conservation.

The study presents data from field surveys conducted in the Mozambican portion of the Greater Limpopo Transfrontier Conservation Area (GLTFCA).

Researchers found that retaliatory killing for livestock conflict with lions accounted for 51 per cent of total mortalities and noted a dramatic increase in the numbers killed since 2014.

Experts said the number of carcasses of captive-bred lions exported from South Africa has also grown exponentially since 2007.

The trade feeds a growing market among upwardly mobile Asians for luxury products, such as lion bone wine.

Lion bones are used in lieu of tiger bones as tiger parts have become increasingly scarce due to poaching, scientists said.

The harvesting of heads and paws was first documented in 2014, with lion populations declining by about 43 per cent since 1998.

The illegal wildlife trade is estimated to be the fifth largest illegal industry globally, valued between $5-20 billion (Dh18-73bn) per year.

The loss of apex predators, like lions, can have a damaging ecological impact as the local ecosystem is disrupted.

Cheetahs are another species facing unprecedented levels of threat due to demand for pets in the Middle East.

In October, authorities in Somaliland recorded one of the biggest hauls of cubs destined for the Arabian Peninsular in a dual operation between the military and the Somaliland Ministry of Environment and Rural Development (MoERD).

Officials seized 12 cubs from vessels on the Somaliland coast as smugglers attempted to illegally transport the animals outside of the country.

Just six survived and are being cared for at the Cheetah Conservation Fund, some were just two months old.

It was the largest wildlife interception since the CCF began working with the government in anti-trafficking operations.

“Three died before arriving at the CCF Cheetah Safe House in Hargeisa, and three passed shortly after arrival.

“The cubs are about two-months old, but they were so emaciated they appeared to be just a few weeks.”

Less than 7,000 cheetahs are thought to exist in the wild.

The CCF has recorded hundreds of incidents involving more than 1,500 cheetahs or cheetah parts.

Of those, less than 20 per cent are known to have survived, while more than 30 per cent were confirmed dead.

The CCF is meeting with government authorities in Somaliland and other Horn of Africa nations this month to present a new project to build capacity in law enforcement training.

It also plans to create a dedicated database accessible to all countries working together on illegal trafficking called the Legal Intelligence for Cheetah Illicit Trade (LICIT).

The fund estimates 300 cubs are taken annually from small populations throughout the Horn of Africa, decimating populations of animals capable of reproduction.

“With these numbers being so low, we must bring everyone to the table now, so we can move forward as a well-oiled machine,” said Dr Marker.

“We need to combine our resources. We have zero time to waste if we hope to save cheetahs in the Horn of Africa.”