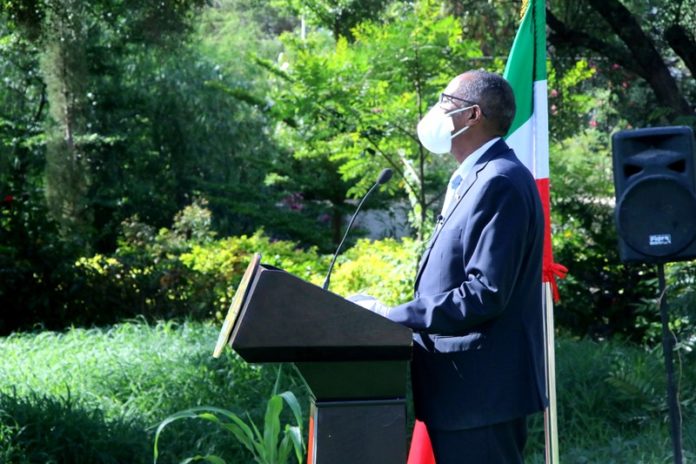 There was no Pomp and Colour as the Republic of Somaliland “marked its 29th Independence Day” on Monday.

Due to the ravaging COVID-19 pandemic that has swept across the world, Somaliland opted for muted celebrations of the day the country broke away from Somalia and declared its independence.

“May 18, is also our reflection day, the day we evaluate our accomplishments and the tremendous challenges that our young nation is facing, and to plan for the future, to make it prosperous for every Somalilander. It is also the day to celebrate our unity, and reinvigorate our common purpose,” President Muse Bihi said in his address during last year’s celebrations.

The COVID-19 has slowed the push by the country’s leadership for self-determination, but according to the Minister for Finance Dr Saad Ali Shire, the economic growth and interest from foreign investors cannot be wished away.

“There is so much political significance on this day, but while from the political side we are pushing for recognition, our economic growth has not gone unnoticed,” Dr Shire says.

“We are a country that does not get foreign loans and aid from the World Bank and the International Monetary Foundation (IMF) but through sheer resilience from our business community and our leadership, we are able to meet the needs of our people,” observed Shire.

Somaliland’s efforts to boost development are limited by low inflows of donor aid. The government’s main source of revenue for its $400 million budget has been the port of Berbera, which is being rebuilt by DP World from the UAE, at the cost of $442 million.

There are also remittances from the diaspora and tax collected from the local business community.

There is also the hope of mineral discoveries. UAE-based RAK Gas and UK-based Anglo-Turkish oil company Genel Energy have been engaged in exploration over the past four years in hopes of striking oil.

“Ours is a resilient economy. We know we are not getting any aid from the major financial institutions, so we have to make do with what we have,” Shire says.

Somaliland visibility is evident from the rebuilding of the Port of Berbera by the DP World, the influx of foreign companies to invest in the country like soft drink company Coca Cola to indigenous institutions that have gone to earn global recognition like the Dahabshiil money transfer company.

Dubai based company DP World has sunk in US Dollars 442 million for the expansion of the port of Berbera which once complete will be one of the largest in the continent.

In 2017 when the original agreement was signed, the CEO of DP World Sultan Ahmed bin Sulayem drew a parallel between the growth of Dubai and the development path Somaliland is on and added: “Our vision is to make Berbera a trading and transportation hub for the Horn of Africa.”

DP World is also putting up a free zone. DP World’s vision is to build the Berbera Freezone to the standards of Dubai which have earned a reputation as one of the world’s leading economic free zones.

The project is also modelled on DP World’s Jebel Ali Free Zone (Jafza) in Dubai and aims to attract investments, encourage trade, create new jobs and position Berbera as a gateway port for the region.

The $17m Coca Cola plant in Hargeisa is Somaliland’s biggest private investment since it broke away from Somalia in 1991 to declare itself a republic.

Inaugurated in May 2012 under the Somaliland Beverage Industries (SBI) the plant has been described as a diamond in the desert.

It is 100 per cent owned by a family business of Somalilanders and was opened at an initial investment of $15 million.

The bottling plant in Somaliland is part of a plan to win more African consumers by the Coca-Cola company.

In addition to the Coca Cola plant, the group has also invested in Lis Dairies, a state of the art dairy plant in partnership with Tetra Pak.

Somaliland’s growth also prides in the commitment of its community in the diaspora who send remittances to the country to help the needy.

The money transfer company today has a presence in over 150 countries globally and a leading bank at the heart of Somaliland capital Hargeisa.

Somaliland has also made great strides in the communication sector with leading mobile phone services like Somtel and Telesom dominating the market. The two companies also provide mobile money transfer services which are widely used in the country.

“We are proud of the growth in almost all sectors,” says Shire who has also served as foreign affairs minister and also minister for planning.

The 29th anniversary of self-rule may be muted, but Shire says Somalilanders are proud of their achievements thus far.