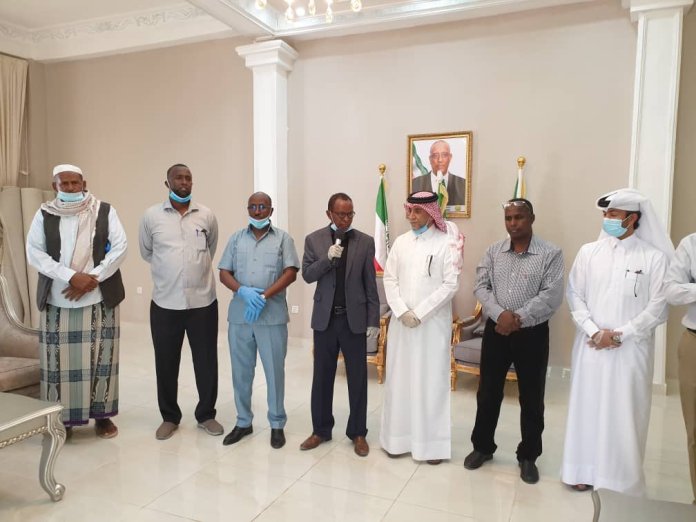 The State of Qatar is making efforts to patch its differences with Somaliland during this COVID-19 period with humanitarian and medical aid.

However, the cold relationship between the two states was evident when the top leadership of Somaliland snubbed officials from the Qatar Fund for Development (QFFD) who presented the aid to the country.

The Qatar delegation had expected to meet Somaliland President Musa Bihi to present the donation which included masks, gloves, and protective kits for health care workers but the president opted out of the function.

President Bihi is on record hitting out at Qatar for its opposition to the development of the Port of Berbera by the United Arab Emirates maritime company DP World.

“Qatar has been blocking DP World agreement with Berbera. They have always been against our development interests,” President Bihi said during a press interview over a year ago.

Somaliland finds itself in the middle of a feud between the United Arab Emirates and Qatar. The two nations are at loggerheads over alleged Qatari support for Islamists throughout the region.

On Saturday, Qatar sent a plane of an emergency delivery of humanitarian and medical aid to Somaliland just days after the UAE had sent its batch of medical donations to the country.

In a statement, the Qatar Fund for Development (QFFD) said 10 tons of medical equipment and supplies, such as masks and personal protective equipment for medical personnel,  transported by the Amiri Air Force.

Director-General of the Qatar Fund for Development (QFFD) Khalifa bin Jassim Al-Kuwari stressed that the QFFD will always stand with the brotherly Somali people in this period of crisis by providing humanitarian assistance and supporting development projects.

This medical equipment was delivered by the Qatar Ambassador to Somaliland/Somalia Hassan Hamsa who handed it over to officials of Somaliland Ministry of Health Development and National Disaster Preparedness and Food Reserve Authority (NADFORD).