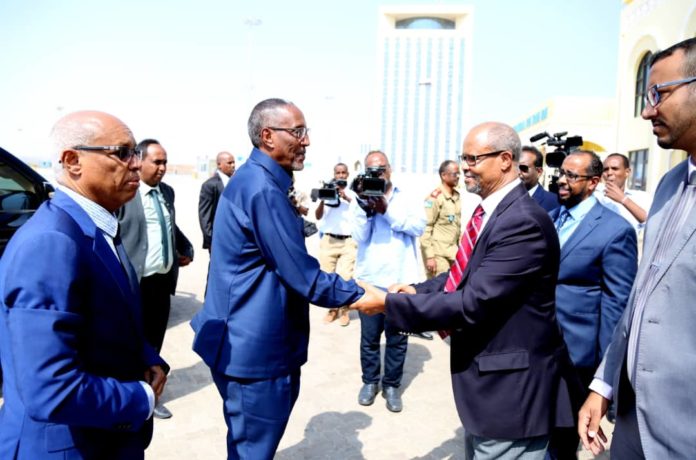 The president and his entourage were showed on how the new free-zone which is under constriction would look like once it is accomplished.

Somaliland leader who is on his second day official visit to Djibouti has today paid a courtesy call to Weeca which is nearby to Arta.

He was briefed by Djibouti’s minister of water, livestock, fishery and agriculture, Mr. Mohamed Awale better known as Mohamed Somali.