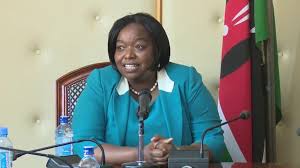 The Kenyan Foreign minister, Monica Juma, stated in an interview with the BBC Somali Service that her country will engage with all regional partners in the Horn of Africa, irrespective of their political or recognition status.

Referring to Somaliland, Foreign minister, Juma stated ” Kenyan respects the AU position with regard to borders from the 1964 treaty. However, that doesn’t mean that we will not engage with Somaliland, just like we did with South Sudan prior to it’s independence. Kenya has many nations and peoples represented here and we reserve the right to engage all of them”.

The Kenyan Foreign minister, Monica Juma also touched on several points regrading the current disputes between her government and the federal administration in Mogadishu, primarily the sea boundary and the elections in the federal region of Jubbaland.