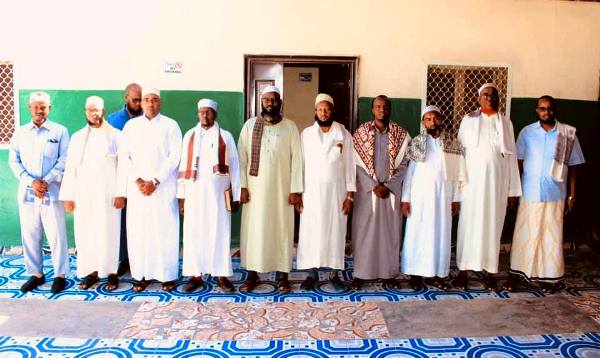 The Director General of the ministry of religious affairs and endowment has traveled to Lasanod, Sool’s provincial capital.

On Saturday, the DG, Mr. Adam Abdilahi Abdale held meetings with religious leaders from all sects and discussed issues of high importance in promoting the teachings of the Islamic religion.

The DG and religious leaders from Sool province discussed on unifying the Call to Prayers, the improvement of work undertaken by the Committee of Promotion of Virtues and the Promotion of Vices (CPVPV), which is based in Lasanod, and the teachings of the Islamic religions which is the ministry’s sole duty.

The religious leaders have thanked the DG of its diligent work in promoting and persevering the Islamic religion.

They have also lauded the ministry’s sole duty to prevent from further rift among the various sects of the religious leaders.

The ministry has conducted the registration of local Islamic schools, the teachers, upgrading the curriculum and the unified syllabus.