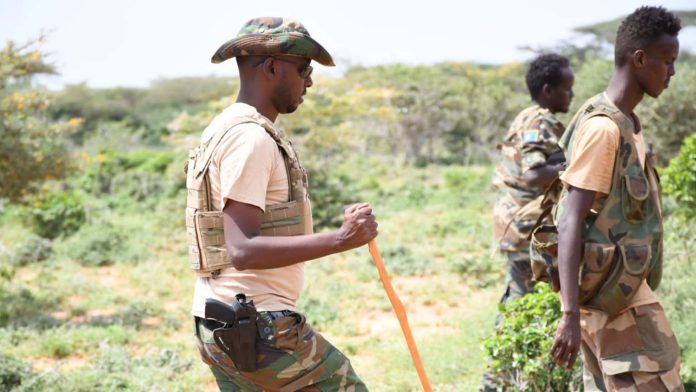 Somalia’s army, with US air support, captured another town in the Middle Shabelle region without fighting after militants withdrew, military officials and an MP said on Thursday.

The town of Run-nirgood , the last rebel-held district in the region fell early on Thursday morning, according to officials following weeks-long offensive.

Troops earlier seized the town of Adan Yabal, an Al-Shabaab stronghold, which had been under the control of the Al-Qaeda-affiliate for nearly a decade.

Both towns had been earlier seized by Ethiopian troops during the previous term of the incumbent President Hassan Sheikh Mohamud, though they later withdrew following pressure from the rebels.

Speaking on concerns that rebels could reverse the current gains by security forces, Somali President Hassan Sheikh Mohamud promised earlier this month that troops would not vacate their bases in the recently recovered areas.