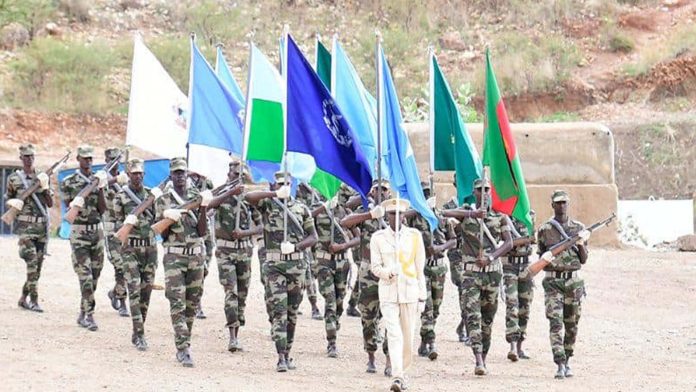 The soldiers have been stranded in Eritrean training camps for years after completing a military training in 2020. In early 2021, opposition leaders, including the current President Hassan Sheikh Mohamud alleged that the soldiers had been “sold” and were used as cannon fodder in Ethiopia’s Tigray conflict.

In a press conference in Mogadishu, Somali defense minister said the soldiers would participate in ongoing offensive operations against the militant Islamist group Al-Shabaab.

“These troops will take part in the fight against Khawarij (Al-Shabaab)… Somali president Hassan Sheikh Mohamud traveled to Eritrea twice as part of efforts aimed at ensuring the return of the soldiers to become part of ongoing operations,” Somali minister of defense Abdulkadir Mohamed Nur said.

“The government will continue … the development, enhancing quality and trainings of the Somali army, which continues to play a pivotal role in the fight against Khawarij.”