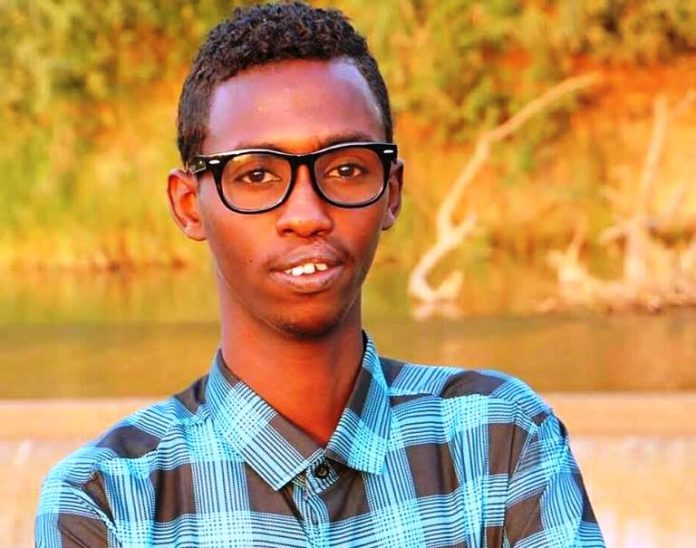 Early on Monday police launched a security swoop arresting hundreds of people including children in Jowhar following a reported hand grenade attack on Sunday night where the deputy governor and his son were killed. Angry residents then took to the streets to demand the release of those arrested in the security swoop.

Armed police officers raided the journalist’s home under the orders of Jowhar Police Commissioner, Capt. Mohamed Ali Siyad (better known as Anjeh). The journalist was taken into custody at Jowhar police station where he is detained.

“Journalist Abdiaziz was covering the public protest and took photos of tires burnt on the streets. When he went back home, the police followed him and raided his home. They took him to the police station,” a colleague told Somali Journalists Syndicate (SJS).

SJS has also received reports of other journalists who were threatened by Capt. Anjeh for their coverage of today’s protest. When SJS phoned Commissioner Anjeh he has neither answered to our calls nor did he reply to text messages.

“We strongly condemn this unlawful arrest against journalist Abdiaziz Hassan Moalim and we demand for his immediate and unconditional release,” Abdalle Ahmed Mumin, the Secretary General of Somali Journalists Syndicate (SJS) said “SJS is also appalled the reports indicating threats against other journalists by Jowhar Police Commissioner’s cycle of violence to silence journalists.”

Somalia still tops the countries with worst records of impunity for crimes against journalists and worryingly state and federal authorities have not shown any real commitment to properly investigate and prosecute the killers of journalists.