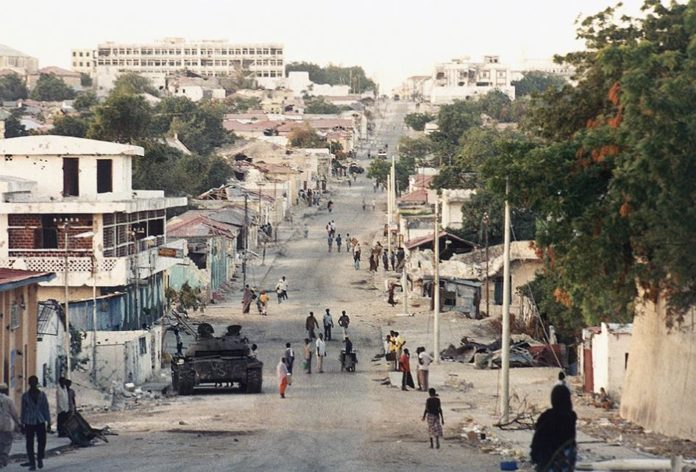 On May 21, a US court ruled in favor of a plaintiff who alleged that Yusuf Abdi Ali, a former commander of Somalia’s Siad Barre government, tortured him in 1987. The court awarded the plaintiff, Farhan Mohamoud Tani Warfaa – a teenager at the time of the alleged torture – $500,000 in damages.

Human Rights Watch, then Africa Watch, documented summary executionsand torture against perceived opponents from nomadic communities, such as Farhan, and found between 50,000 to 60,000 people were killed by government forces in summary executions, aerial bombings, shellings, and other war-related injuries between 1988 and 1990. Farhan accused Yusuf Abdi Ali – known as Tukeh – who was then a commander in the Somali army, of repeatedly shooting him and leaving him for dead during an interrogation.

Sadly, the measure of accountability Farhan won in this case is a rarity – there has been virtually no accountability for the many crimes committed during the civil war and subsequent phases of Somalia’s intractable conflict.

Since 2004, the US-based Center of Justice and Accountability has been working to address that, filing three Somalia-related civil cases in US courts, under the Alien Tort Statute and the Torture Victim Protections Act. With this ruling, the first in any of the three cases, Farhan received at least partial acknowledgement of the abuses he suffered, along with some redress.

Yet for most Somalis, seeing those responsible for serious abuses pay a price for their crimes remains a distant dream. At the moment, international support aimed at rebuilding Somalia’s justice system is primarily focused on terrorism and piracy, rather than ensuring Somali judges and legal professionals have the tools to prosecute international crimes such as torture and crimes against humanity.

It’s not too late to start creating a record of these abuses and identifying measures that could help ensure those most responsible are prosecuted. As a first step, the United Nations could map and document serious international crimes committed in Somalia since the beginning of the civil war and make recommendations on priority justice reforms. The Somali government should collaborate with the exercise and commit to prioritizing justice reforms.

Justice abroad for Somalia’s countless victims is critical in the absence of avenues for justice within Somalia, but it’s high time for the fight to be taken home.