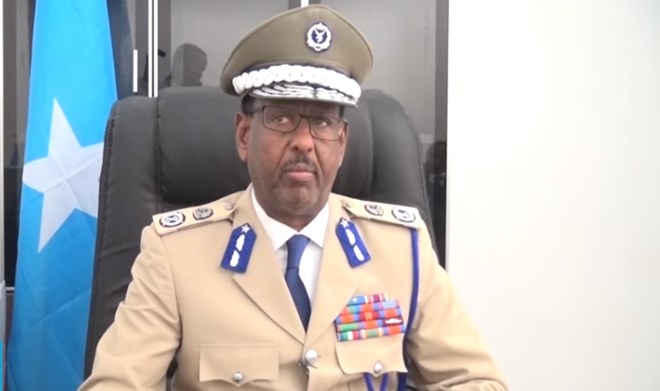 The Somali Police Force Commissioner, Abdi Hassan Hijar, has carried out a mini reshuffle of police commanders in Banadir region.

The new changes will affect Waliyo Ade sector, the Special Police Force Department and key districts in the capital.

Gen Mohamed Abdihakim will be new security boss for Waliyo Ade sector while Yusuf Hundubey will take the new role of commander of Special Police Force famously known as Birmad.

Adan Hirsi will head the Police Transport Department while Yusuf Nur will be new Darkeynley district police chief whereas Abdullahi Mire Siyad will be advisor to the law enforcement agency.

The new chiefs were directed to take over their new positions immediately.

The changes are expected to improve security in the capital, Mogadishu.