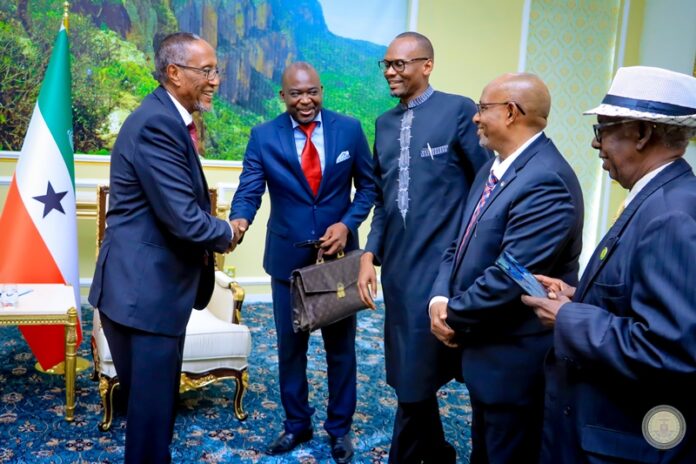 HARGEISA– Somaliland President H.E Musa Bihi Abdi has received today at the presidential palace in the capital Hargeisa, Senegalese delegation from the office of the President of Senegal Macky Sall who is on official working trip to Somaliland.