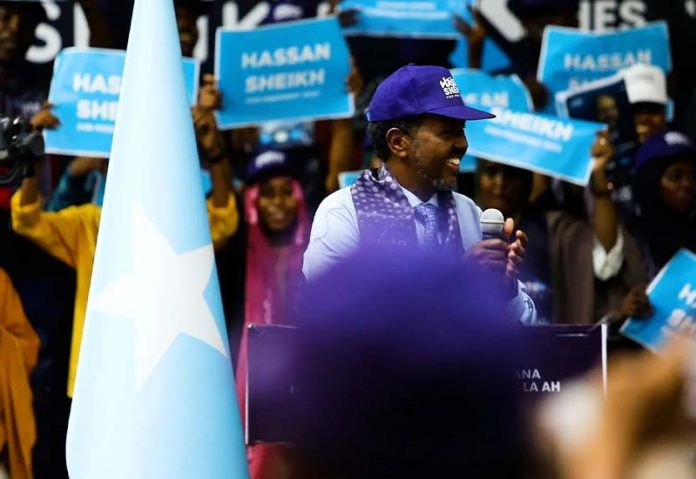 In a speech to his supporters on Wednesday night, the former President pledged that he would not seek revenge over politicians who supported the current administration during its crackdown on opposition and that he would re-employ government staff who had earlier been dismissed due to political motives.

In separate meetings with regional leaders, Mr Mohamud secured the support of Galmudug, Southwest and Hirshabelle presidents who believe that under the former President’s rule they could remain in power. Puntland and Jubaland leaders also vowed to rally behind Mohamud if he triumphs in the second round of the upcoming vote to challenge the incumbent leader.

Mohamud, Farmajo and Puntland president Saeed Abdullahi Deni are the third most powerful of 39 candidates vying for the top seat and analysts believe that one of these politicians could be the next President of Somalia.

With only three days to go, campaigns by presidential hopefuls have intensified with the opposition using current political instability and government’s failure to defeat Al-Shabaab in its quest for change in leadership.