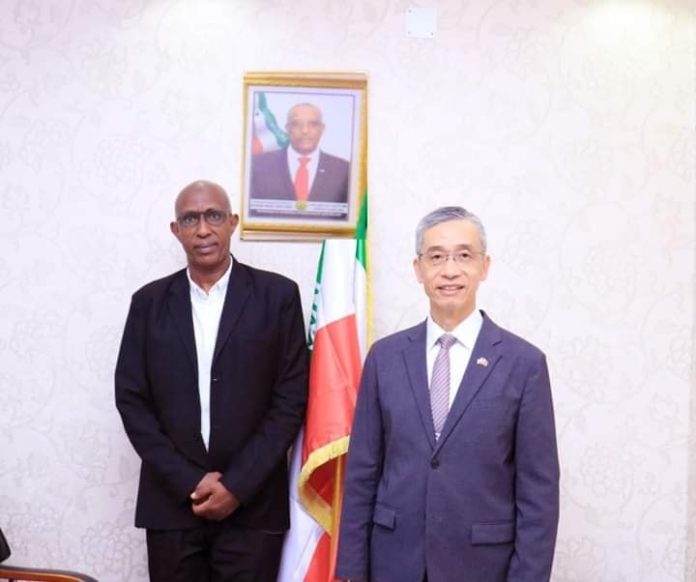 The article is by Abdirahman M. Dirye. He says that he is a co-editor of Somaliland.com. You would have expected from someone claiming to be an editor to have those editorial skills necessary for the role. If he has an auditorial job at Somaliland.com, I really don’t know what to say about what he edits. If he had any he would have applied to his own article. The article is a jumbled piece making unfounded assertions.

This self-styled editor argues that “many Somalilanders fear that China may decide to arm Somalia and help them invade Somaliland.” Does the good editor really think Somalia has the guts to again invade Somaliland? Does he not think Somalia would have prioritised liberating its country from Al-Shabaab inside and around Mogadishu area, rather than wanting to kill innocents in Somaliland more than 1500 km away? Doesn’t he know that Somalia is already blacklisted for massacring innocent people in Somaliland and because of that, there is a weapon embargo imposed on Somalia? The author appears to be disgruntled. He really does not know what he wants with his article. Is he telling the Taiwanese not to come to Somaliland? Is he telling Somaliland not to bother about looking for diplomatic relations?

It is obvious that the new relationship between Somaliland and Taiwan has shocked all enemies, silenced Somaliland’s number one enemy, the failed state of Somalia and all those disgruntled who wish to see the state of Somaliland disappear from the map.

The relationship between the two countries of Somaliland and Taiwan is going to be beneficial to our people. Somaliland is the gate-way to the most populated country in the Horn of Africa, namely Ethiopia. Now that the Berbera port is being expanded and the Berbera corridor is under construction, the hope Somalilanders have frightens all enemies, and is sky high.

Unlike the author of this jumbled article, Somalilands’ aspiration is not a dying cause. Somaliland has paid with blood to get its independence. The people of Somaliland have suffered under the Somalia government. Genocide, rape, property plundering, jailing, a total destruction of its main cities and villages. Millions of mines were planted halter scatter in every destroyed building to maim the returnees after the occupying forces were defeated.

The last thirty years Somaliland citizens have been rebuilding their country from the ashes and the progress made came from within. No help from outside compared to the billions spent by donors to the failed state of Somalia. They have achieved more today compared to the suffering they underwent during Somalias’ colonisation.

Dirye writing may have something to do with the cheap propaganda that the failed state has placed inside and outside Somaliland to criticise all that Somaliland has achieved. This disgruntled pseudo élite is one of the many who have been sidelined by the present Somaliland government and thinks he can destroy what these people have achieved, with a stroke of a pen.

I conclude this response with the words that Somalia of today and tomorrow can do nothing to destroy our blessed Republic of Somaliland. It will never happen. That may annoy the likes of Dirye, but there is nothing they can do about it. Genuine progressive Somaliland citizens are thankful to this new relationship with Taiwan and hope Somaliland will benefit from Taiwan’s technological advances and the disgruntled will have to come to terms with the reality.

Hussein Abdillahi, Ph.D. is a former senior consultant to the Ministry of Agricultural Development in Somaliland and formerly a self-exiled dissident; he can be reached at: habdillahi@gmail.com