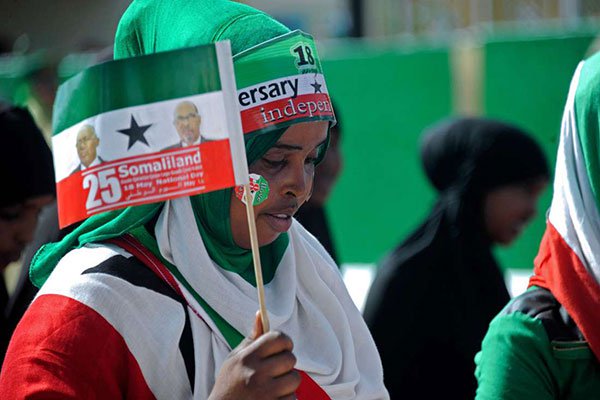 Last Friday’s Somaliland’s Investment Conference in Nairobi may have proceeded unnoticed by many.

However, unknown to most Kenyans, the event also served a major political purpose for Somaliland, including rekindling ties with Opposition leader Raila Odinga.

According to initial arrangements, the former Prime Minister was supposed to attend the event as chief guest – but opted out at the eleventh hour.

Nonetheless, Mr Odinga, who is African Union’s High Representative for Infrastructure Development, is understood to have met the Somaliland delegation in private ahead of the event.

And Mr Odinga, who has consistently led the push for Kenya to recognise Somaliland as an independent state, is regarded as a valuable friend and partner in these efforts.

His appointment in October was widely hailed by Somaliland government officials, with some pundits in the Hargeisa capital suggesting President Muse Bihi’s administration could now comfortably push through its agenda with the help of a formidable ally.

But the AU envoy is not the only Kenyan ally the Hargeisa government counts on. There is also Trade Cabinet Secretary Peter Munya, who has occasionally pushed Somaliland’s case as well.

Munya, who momentarily lobbied for the recognition of Hargeisa by the international community while he served as chairman of the Council of Governors, was also listed among key guests of last Friday’s event.

For their previous positive gesture, it appears Odinga and Munya are targets of Somaliland’s wider and well-mapped out strategic approach for political autonomy.

Perhaps well aware of the sensitivity of the matter, both leaders kept off from the Somaliland event.

According to Foreign Affairs Chief Administrative Secretary Ababu Namwamba, Kenya is yet to formally receive any request for the referred recognition, and that if it came through “it would be subjected to the spirit of the AU resolution that upholds respect for the sovereignty and territorial integrity of its member states”.

“We respect that Somalia is a federal state and indeed a good neighbour. The task at hand is to build a unified federalist, safe and prosperous Somalia,” the Foreign Affairs official said.

During the Friday event, Somaliland government officials reiterated their state’s political and economic autonomy and called for direct business and political dealings with Hargeisa.

“Come and work with us in building the great nation of Somaliland; we have so many opportunities,” Mr Hiir said during the event in Nairobi on November 30.

“Our forefathers who fought for freedom had a vision to see us trading and working together. If we are going to achieve that dream, we must make the continental free trade agreement operational,” he said.

Like Kenya, Somaliland is a former British protectorate that gained independence in June 1960. It later unified with the Trust Territory of Somalia (colonised by Italy) to form the Somali Republic.

However, the union collapsed in 1991 following two decades of civil war that left thousands of Somalis dead.

In May 1991, Somaliland broke off from Somalia and declared self-independence. However, the state has not yet succeeded to regain international recognition.

The semi-autonomous state in northern Somalia has so far only been afforded observer status by the Commonwealth.

Mr Odinga is among top politicians on the continent who have persistently called on their governments to recognise Hargeisa, arguing Somaliland would help stabilise the region.

In August 2016, Somalia reacted furiously to Mr Odinga’s remarks that the international community should recognise Somaliland as an independent state.

Somalia’s ambassador to Kenya, Gamal Hassan, termed the then Cord leader’s remarks as irresponsible and damaging the country’s territorial integrity.

Mr Odinga made the remarks at Chatham House London where he delivered a public lecture: “I am a strong supporter of the full recognition of Somaliland. I think Somaliland has a very strong case,” he said during a question and answer session at the forum.

His comments came just a week after Mr Munya, then Meru Governor, also called for recognition of Somaliland as an independent entity.

He spoke after he led a Kenyan delegation to Hargeisa in a bid to convince local leaders to remove trade restrictions on miraa (khat) business.

As PM, Mr Odinga vigorously pushed for Somaliland’s case – courtesy of his influence in government.

On May 20, 2011, for instance, the Kenyan Government expressed its readiness to extend diplomatic recognition to Somaliland “in the near future”.

The statement was made by Foreign Affairs assistant minister Richard Onyonka during an event held in Nairobi to commemorate Somaliland’s 20th anniversary.

The Minister, who was allied to Mr Odinga’s ODM, stated that Kenya would encourage the AU and Intergovernmental Authority on Development “to finally accept Somaliland as a sovereign state”.