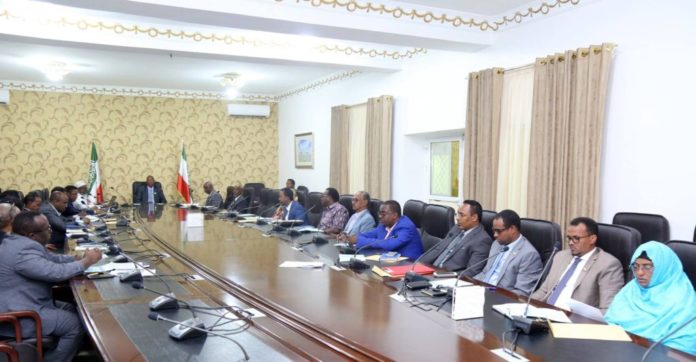 The President H.E. Musa Bihi Abdi has directed the ministries concerned to establish and implement the projects that he initiated last month in the eastern parts of the country where he had laid their foundation stones.

The president made the order during the 25 council of cabinet meeting at the Presidency on Thursday in which security and investments were also discussed.

The Interior Minister Hon. Mohammed Kahin Ahmed spoke at length on the efforts of the government is exerting in combatting crime especially amongst the youth who mug by-passers at nightfall.

On his part the Investment Development Minister Hon. Mohammed Ahmed Mohamud briefed the cabinet on his journeys abroad which he undertook to solicit for multinational investments in the country.

It is herein noteworthy to state that in its policies the administration is indeed focusing on the issue hence gives it a highly top priority.