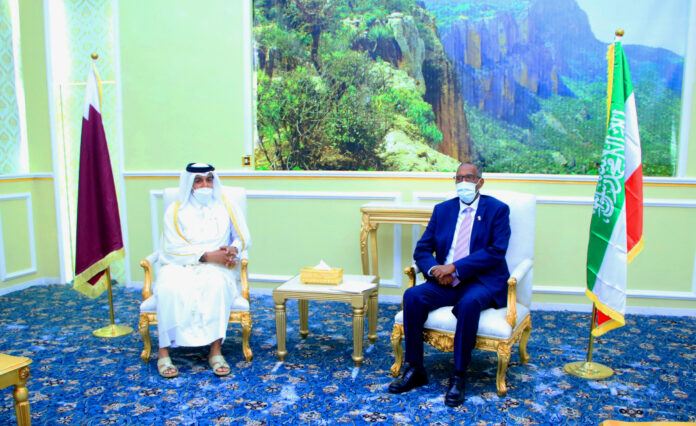 The President of the republic of Somaliland H.E Musa Bihi Abdi has received at his office a large delegation from Qatar led by the Special Representative of the minister of foreign affairs of the state of Qatar, Dr. Mutlaq bin Majed Al-Qahtani.

At the meeting, the president of Somaliland briefed the delegation on the current situation of the country and the origins of the democratic progress for the past 30 years.

It was also discussed by the delegates of the two countries that there is an urgent need for the two to have superb relations based on brotherhood and cooperation and Qatar should have a formal diplomatic office in SL.

The representatives of the two friendly nations spoken on Qatar Charity could open an office in the republic of SL and strengthen the cooperation in the areas of aid and humanitarian assistance..

The meeting ended with common understanding and the establishment if a cooperative relationship between the two nations.