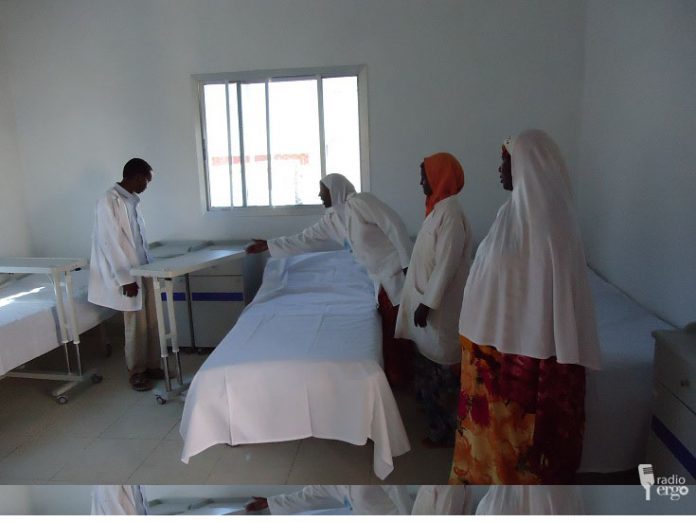 Over 40 cases of whooping cough (also known as pertussis) have been reported in Odanle village, 180 km south of Burao, Togdher region, in November.

Suleiman Hassan Abdi, an official from Somaliland’s health ministry, confirmed the outbreak of the respiratory infection.

“Families including adult and children have been affected and there is an urgent need of a quick response,” said Suleman, who is head of vaccination campaigns in Qorilogud, Balidig and Odanle localities.

Asad Hassan Jam’a, who led a team from the Somaliland Red Crescent conducting a survey on communicable disease in several villages in the region, told Radio Ergo that the disease had affected 48 people, mostly children, in Odanle.

“We have seen many children with a persistent cough.  At the time, we had no medicines with us so we registered the names of the children and their ages. Most of those affected are small children,” Asad said.

Dr. Abdi Mohamed Ali, who operates the only pharmacy in Odanle, said whooping cough had been spreading for three weeks.

“In the last three days, 12 children have been diagnosed with the infection. I have no antibiotics here so I can only prescribe painkillers for the patients,” he said.

He attributed the outbreak to poor levels of routine immunization of children and inadequate health mobilization activities.

“Previously it was uncommon to see adults affected by such a disease but many of them are infected. There is no health post here.  I have only this small pharmacy which cannot cover the medical needs of the village,” he explained.

Ahmed Ismail Hassan, whose five children have whooping cough, has been using honey and soup to treat the children.

“We have nowhere to take them for treatment; the nearest hospital is two hours’ drive from here. I opted to use this method as their health started deteriorating,” he said.

Riyad Jama’a Ahmed has been nursing her four sick children for three weeks.

“At first, the children had a persistent cough and fever. I informed several people who recognized the symptoms.  I cannot afford $30 for a consultation with pediatricians in Balidigle town, the nearest place we can get health services,” he said.