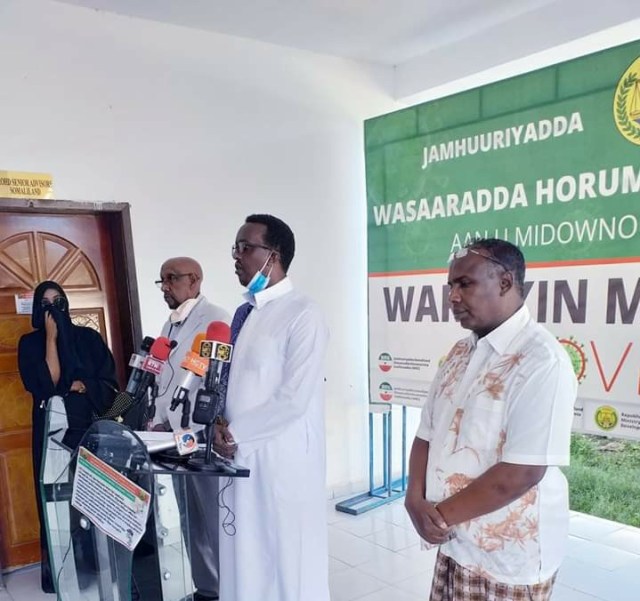 The government of Somaliland has confirmed the first Covid19 pandemic casualty to lose a life in Somaliland. Health Minister Hon. Omer Abdillahi Badde made the confirmation at a press conference he had in his office over the week. He said that the deceased lost his life as he struggled with the malaise at Borama.
He noted that the victim was among 20 suspected cases whose tests results report the only positive Covid 19 case as being the victim. He further added that three Burao suspected cases have since had their results proved negative. However, the Minister affirmed that a commuter from Berbera and a passenger who jetted into the country and was traveler (amongst twelve quarantined) tested positive. With the two new confirmed cases and the death, the Minister appealed to the members of the public to heed prevention, prophylactic and control measures prescribed by the national committee hence adhere to its guidelines. He called for concerted efforts from all quarters concerned to join hands in combating the pandemic.