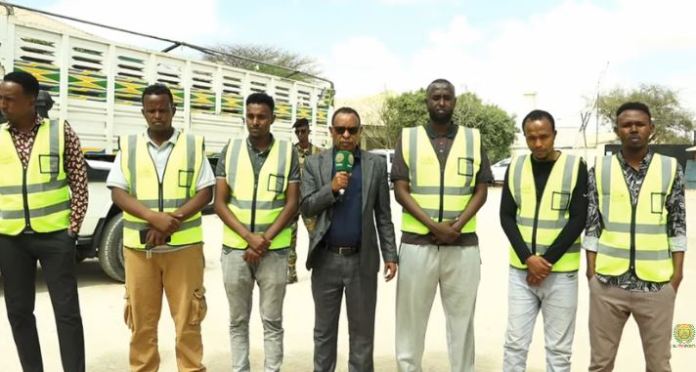 Somaliland government has Tuesday said that it has sent food assistance to drought-hit regions in the east of Somaliland.

Speaking to the local media, Faisal said: ” We are sending trucks full of food aid to the eastern regions of the country which has been hit hard by the drought. Locals in Togder, Sanaag, Sool, Buhodle, Haysimo, Hudun, Sarar and Eidwein regions will benefit from the aid.”

The chairman has said it will distribute  food assistance to 10, 000 families in Somaliland as a deadly drought continues in the Horn of African country.

The employees tasked to take in charge of distribution of food aid were already dispatched to the area.

Faisal said that the agency is in full collaboration with the deputy president, Sayli’i who chairs the National Disaster Committee.