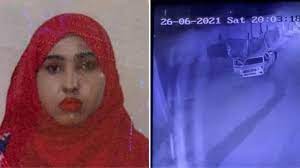 A woman secretary at one of the offices of Somalia’s intelligence agency has been missing for two weeks and now her family and former officials of the spy agency point finger at the institution, raising fear that the young woman may have been killed.

Former deputy chief of the Somali spy agency, Abdisalan Guled, said the government and intelligence agency’s silence about the woman’s disappearance sparks suspicion and backs speculations that she might be “missing at the hand of the intelligence agency, whether alive or dead”.

The young woman, identified by local media as Ikran Tahlil Farah, disappeared on June 26 as Horn of Africa country marked its independence and a vehicle belonging to the national intelligence agency picked her from her home after midnight in one of the most surveilled areas of the capital, Mogadishu.

“If she was a member of the people keeping hold of documents [of youths sent to Eritrea], there emerges a reason that the government is trying to erase those traces and enforce disappearance of anyone involved,” former deputy spy chief Abdisalan Guled said.

Former head of the Somali spy agency Abdullahi Mohamed Sanbalolshe said the young woman joined the government institution during his tenure in office in 2017 and has since been an active employee at the headquarters of NISA.

He added that the government “should tell about the whereabouts of the missing woman whether alive or dead” and that there is growing suspicion that the intelligence agency is behind the young woman’s disappearance.

“There is a possibility that she is a victim because of being in the loop of sensitive information… she was keeping hold of the database of troops sent to train in Eritrea,” ex-boss of Somalia’s National Intelligence and Security Agency (NISA) Abdullahi Mohamed Sanbalolshe said in an interview with VOA Somali.

There is fear that the young woman was killed the same night she was kidnapped and the government has not immediately commented on growing calls for information over her whereabouts.