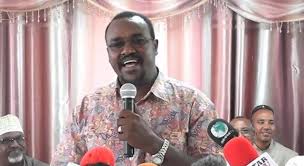 The Media is the gadget, hence pivotal force, at the forefront of the fight for the guardianship of Somaliland nationhood.

This was the gist reminder at the heart of a press release by the Minister of Information, Culture and National Guidance Hon. Suleiman Yusuf Ali Koore circulated yesterday that was directed to the local media.

The Minister noted the past wonderful role the local media played during the pacification efforts of the 1990’s, the re-construction and de-armament exercises that re-established the progressive developments of the nation building.

He pointed out that the pivotal role the media played was historical.

In the same breath Hon. Koore cautioned that since the resuscitation of the Somaliland-Somalia talks that is going on in Djibouti, it was incumbent upon the media fraternity to give their report with responsibility. He charged that the press in Somalia perpetually peddled reports that can be said to be detrimental to Somaliland’s integrity for the lies and malice contained in them on daily (and nightly) basis.

The Minister appealed to the local media fraternity in the nation to rebut any falsehoods and malicious reports that are tailored to dent the integral sovereignty of Somaliland.

He warned that media houses that would not be responsible enough will not be tolerated and are not part of our fraternity hence any waywardness on their part with ill-innuendo will be dealt with as per constitution.

The minister who signed the press release copied it to the Head of state H.E. Musa Bihi Abdi.