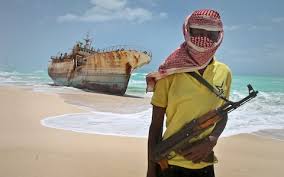 The most interesting story I read at the beginning of the piracy problems along the Somali coast was how challenging it was for the pirates to be caught once they went inland. However hard the security agents tried, they got nowhere. Every Somali they asked claimed ignorance. The only intelligence they had was to be guessed in the many weddings that took place soon after a ransom had been paid.

Even then, it was not easy to tell the pirates from the men in the wedding party. In short, once a Somali pirate disappeared into the hinterland, the game was over! Their safety inland was guaranteed by clan loyalty.

To many non-African families affected by the Somali piracy problem, this level of loyalty is difficult to fathom. To the international community, the idea of a community ring-fencing an individual who has committed a serious crime was outright bizarre. If they expected some acknowledgment of individual or collective responsibility, there was none.

The piracy familial protection shows the challenge Africa faces in dealing with issues of justice through the arbitrary systems that were left behind by the colonialists. What familial ties do is cloud our judgement when it comes to justice matters in the arbitrary sense. The dilemma is, do I grass on my relatives to strangers (read police) when they commit serious crimes or stand by them since they are my kith and kin?

If Africa and, indeed, Kenya were honest in fighting corruption, then we must remember that charity begins at home. Family or clan loyalty may well help the culprit to get away with corruption, but it does not help tackle the all-encompassing mess left behind by their actions. It only makes a bad situation worse.

For many African presidents charged with corruption, some of their close family members end up implicated too. South Africa, Sudan, Egypt and Angola are cases in point. Even our presidents’ relatives have been adversely mentioned in corruption scandals on several occasions.

It is impunity and blatant abuse of power for those around the presidency to feel that they are above the law on issues of corruption by virtue of their proximity to power. Appointment of relatives of senior officials to top offices is a family initiative. Corruption also becomes a family affair as the power to hire and fire ultimately lies with the powerful relative, despite what the law says.

It is obvious that relatives of those in power become harder to push out following claims of misdemeanour in public office due to the fortified wall they lean on politically speaking. Accountability of such individuals is a matter that needs to be reviewed. If the system is eschewed so that they are not held to account, then they should not be allowed to run public entities.

Tolerance of corruption in Africa is baffling to many countries that are averse to it and have watertight anti-corruption measures in place, where individual responsibility and conscionability are key.

Take a white friend who once asked why Africans were corrupt. It is a bit of a generalisation, of course, and had a hint of racism. My answer, however, is that corruption starts with tolerance of fraudulent acts from the family setting before societal acquiescence follows and then fraud becomes a national hobby — like in our country.

The Corruption Perception Index (CPI) shows that Africa is among the continents worst affected by corruption. Somalia has always topped the bill as the most corrupt country. It is, therefore, not surprising to witness how the piracy problem, at its height, just exploded and inconvenienced the ships plying the Somali coast for years until international efforts were drafted in.

Former UK Prime Minister Margaret Thatcher once said that “there is no such thing as society. There are individual men and women”. It was her way of challenging the world to ditch the idea that we are all financially responsible for everyone in the society.

Undoubtedly, the Somali communal defence mechanisms have made corruption in Somalia worse and left the country isolated for years. If there is a leaf to take from mismanagement of piracy by the Horn of Africa country, then it is that corruption does not pay — whether at the individual or national level. It has a way of corroding the society through nurture or nature.

African communal systems have always worked to bring families together. However, the high corruption levels in Kenya are alarming and it’s time we let individuals take responsibility for their actions. Our country also risks isolation if it does not take a critical look at self-destructing familial ties as far as corruption is concerned.