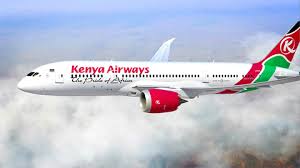 With frosty relations between Kenya and Somalia which has seen the former close its borders and bar flights to and from Mogadishu, Kenya Airways is considering Hargeisa as its next destination in the Horn of Africa.

This will be a massive boost for trade between Kenya and Somaliland.

Kenya Airways has previously done a feasibility study on Hargeisa with the parliament too giving an okay for the national carrier to fly to Hargeisa but this is yet to happen.

An estimated 15,000 Kenyans are living and working in Somaliland in the hospitality and education sectors.

Somaliland Managing Director of Civil Aviation and Airports Authority Abdi Mohammed Rodol recently visited in Nairobi to hold discussions with authorities in Kenya on the suitability of Hargeisa as a destination for Kenya Airways.

So far, Ethiopia Airlines flies twice every week to Somaliland between Addis Ababa and Hargeisa.

Fly Dubai also has flights between Dubai and Hargeisa bringing business people to Somaliland from all over the world.

With plans to open a consulate in Hargeisa still on, the Kenya Airways sees this as an opportunity to introduce flights to the country which parted ways with Somalia after the start of the 1990 civil war.

Ethiopia and Djibouti have already set up diplomatic missions in Somaliland.