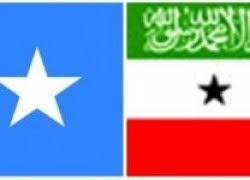 Preliminary  meeting which is expected to pave the way for the official resumption of Somaliland & Somalia dialogue is due to formally open in Nairobi, the Kenyan capital tomorrow. The Somaliland foreign affairs minister, Mr. Yasin Faraton accompanied by the director of civil aviation, Mohamed Abdi Rodol and the representative to Kenya, Bashe Awil are supposed to attend the meeting. The director general of Villa Somalia, Nur Dirie Fursade and special aide to the director, Abdisitar Geele will attend the talks on behalf of Somalia Federal Gov. Turkish envoy on Somalia-Somaliland talks mediation, Hon. Olgan Bekar and IGAD envoy to Somalia, Mohamed Guyo, EU envoy to the Horn, Alexander Randos and UK head of mission to Somaliland, Stuart Brown and other officials are said to be in attendance. The gathering is reportedly to be organized by the Center for Humanitarian Dialogue (HD). The Somaliland Foreign affairs minister who is on working visit to Kenya met yesterday with IGAD envoy to Somalia,  Mr. Mohamed Guyo. The discussion focused on Somaliland upcoming polls-the parliament and local council and the stability in the Horn of Africa. The talks stopped after Somaliland made complaint over the addition of Somalia’s delegation individuals hailing from Somaliland. This protest led to the collapse of the process which Turkey hosted. 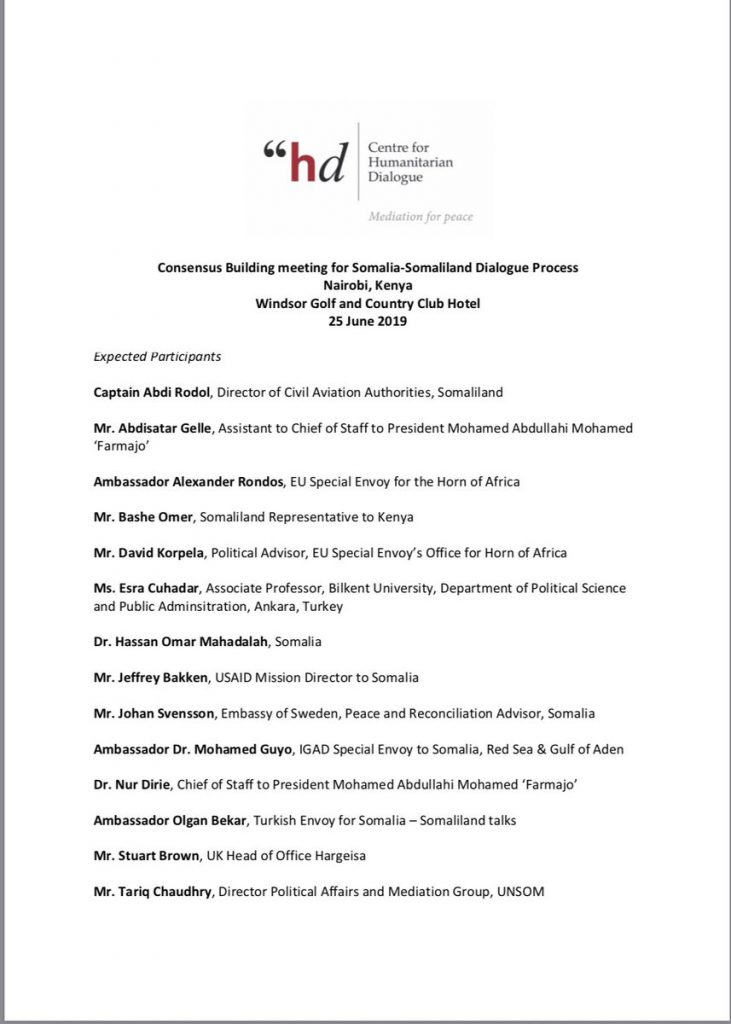 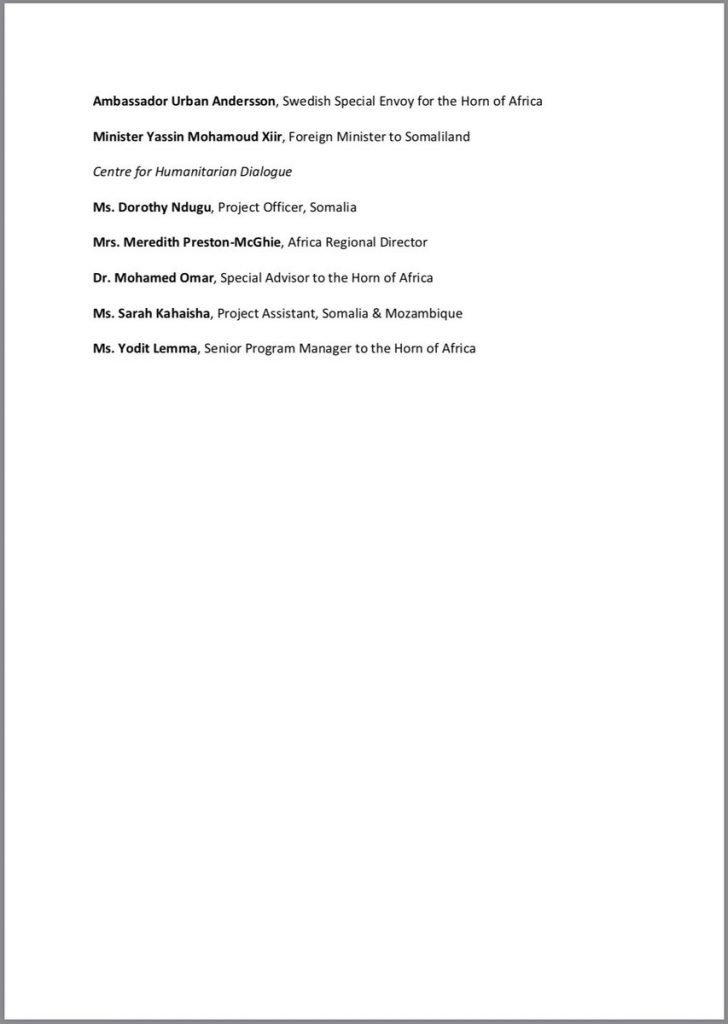 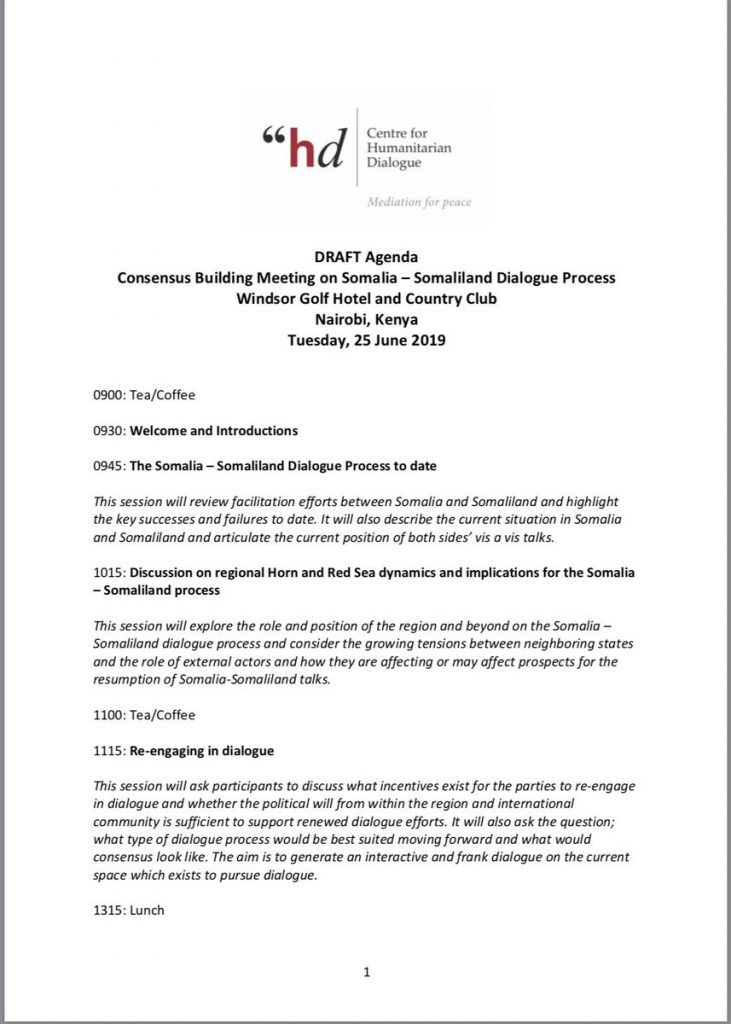