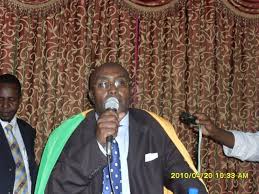 Former minister during Riyale’s administration has said that the international community that support Somaliland’s democratization process is disappointed with recurring disputes among the political parties and the government. Mr. Abdilahi Husein Iman alias Dirawal has advised the public to throw its weight behind ending this election impasse and move the country forward. He asserted that the country’s democracy has come to a complete halt and stand still. He said that casting votes during polls is all about democracy is a wrong notion. He explained that democracy is a way that is meant to lead the nation to progress and prosperity. He went on to say that it allows people to join the political parties they wish and exercise their freedom of speech. The former minister made the above remarks in a meeting held to resolve on the controversial quota system in Somaliland. Mr. Abdilahi cast doubts on the possibility of holding upcoming elections in Somaliland. He said that the parliament and local council terms expired. He reiterated that there won’t be new parliamentarians as long as there is no resolve on the current election deadlock pertaining to the row on upcoming electoral commission.